• Jaymo will be responsible for coordinating the party's media engagements 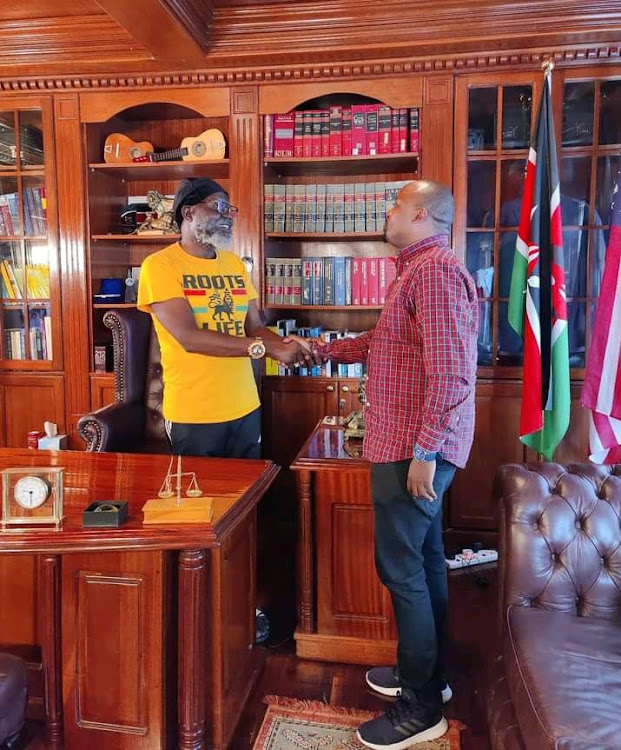 Roots party has appointed comedian, Jaymo Ule Msee, as his official spokesperson and head of media.

Jaymo will be responsible for coordinating the party's media engagements. The major announcement was made on Sunday June 12th by the Presidential candidate who said,

"Jaymo Ule Msee has vast experience in media, digital marketing, and political campaign strategy. Further, he holds a degree in political science and economics from the University of Nairobi,” read the statement.

“His experience and credentials are an asset to Roots Party as he is aligned to the ideology of Roots Party and Kenya at large and fully supports the Roots Party presidential candidate together with the running mate,” added the statement.

Professor George Wajackoyah and Adam Kadernani, the secretary-general, expressed confidence in Mr Muirani’s ability, noting that he is experienced in media matters.

“It is with utmost humility that I accept the appointment as the Roots Party spokesperson and Head of Media. I truly thank Prof Wajackoyah, our running mate Justina Wamae and our party officials for having faith in me to serve in our party to ensure we get a resounding victory on August 9. It’s time for our generation to make the right choices,” he said.

Now with all that out of the way, below are 9 things you should know about him.

2. Jaymo started his online skits way back when he was still in college.

3. He graduated with a Bachelor’s Degree in Political Science and Economics in 2008 from the University of Nairobi.

4. His first job was as a relationship officer with a leading bank.

5. Jaymo worked for NMG for several years before quitting.

8. He is married to Catherine Wakio Munene, best known for her work in the comedy series ‘Jaymo Ule Msee.’

9. He and Catherine have been blessed with two kids a girl called Pendo and a son called Prince.

Martha Karua ditches car and campaigns on foot in Eldoret

Martha Karua walked for more than three kilometres waving to residents and urging them to vote for Azimio.
Politics
2 weeks ago
WATCH: For the latest videos on entertainment stories