Raila Junior said that he suffers from a noncancerous brain tumour

• Junior said that he suffers from a noncancerous brain tumour which developed when he was young.

• Junior explained that people assume that he suffers from Bell's palsy- an unexplained episode of facial muscle weakness or paralysis. 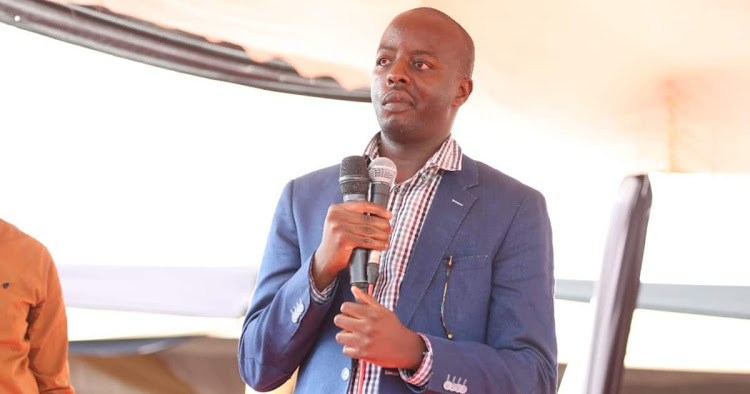 Raila Odinga's son, Raila Junior has opened up about a medical condition that left him paralysed on the right side of his face.

Speaking in a recent interview with a Kisumu-based media, Junior said that he suffers from a noncancerous brain tumour which developed when he was young.

Junior explained that people assume that he suffers from Bell's palsy- an unexplained episode of facial muscle weakness or paralysis.

Bell's palsy is the most common cause of facial paralysis worldwide.

"I rarely speak about it but what this is, is called Acoustic Schwanomma. This is a growth that is at the back of my brain," he said.

Acoustic neuroma, also known as vestibular schwannoma, is a noncancerous and usually slow-growing tumour that develops on the main (vestibular) nerve leading from your inner ear to your brain. Branches of this nerve directly influence your balance and hearing.

Junior said that the genetic condition is from his mother's side.

"It doesn't affect everyone in the family but certain family members. Maybe it will get one person in five family members," he said.

In the interview, Junior also revealed a misconceptions people have about him saying;

"People assume that I am an 18-year-old boy living in my father's house. I must be turning 40 years next year. I am happily married for seven years and with children."

In a past interview with Massawe Japanni, Junior spoke about struggling to get a child with his wife, Yvonne Wambui.

He said they got a lot of pressure from people due to their inability to get a child.

However, after about five years, the two were blessed with a baby boy.

"I hope she (Yvonne) will allow me to disclose this. We had been married for a long time and we weren’t able to get a child in the very first years," he said.

"We struggled for a very long time for about four, five years and eventually God blessed us with our firstborn son."

Breaking! Raila Junior blessed with a son on mother's birthday!

Former Prime Minister, Raila Odinga's son, Raila Junior has been blessed with a newborn child. In a post he made a few minutes ago on his Twitter page
Entertainment
10 months ago

Prominent politicians who became grandfathers in 2021

Ex-Prime Minister Raila Odinga became a grandfather after his son Raila Junior and his wife welcomed a son on the day Ida odinga was celebrating ...
Entertainment
7 months ago
WATCH: For the latest videos on entertainment stories