• They don't just take the role of provider, protector, and disciplinarian in the family.

• They go above and beyond for their family 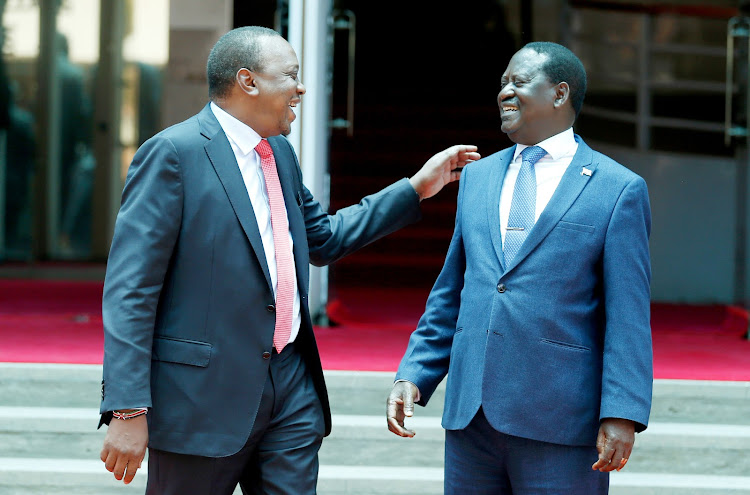 In this article, we take a look at just how similar their parenting styles are.

President Uhuru is the father of three children - two boys, Jomo and Jaba and a girl, Ngina. We must also add that he is now a grandfather.

Azimio One Kenyan candidate, Raila Odinga, was blessed with four children; Two boys Raila Jr and the late Fidel, and two girls, Rosemary and Winnie. Raila is also a grandfather.

They aren't just the providers, protectors, and disciplinarians in their families, they are also much more than that. Let's begin.

1. They love their children unconditionally

On many occasions we have seen the two gentlemen out in public with each of their children, lavishing praise on them.

2. They are both deeply involved in their children's lives

These two gentlemen prioritise time with their kids,  showing their love in a concrete way.

We see them in cute family moments on their social media pages, be it on birthdays or time in their dad's offices, the two make sure they spend quality time with their kids.

3. They are mentoring them in politics

They normally take their children along to campaigns, meetings, and other events. This tells us they want to mentor them to follow in their footsteps, and they will most likely see one run for office in the near future.

4. They value their wives

We have repeatedly seen the love and respect Raila and Uhuru have for their spouses Ida and Margaret, respectively in numerous public displays.