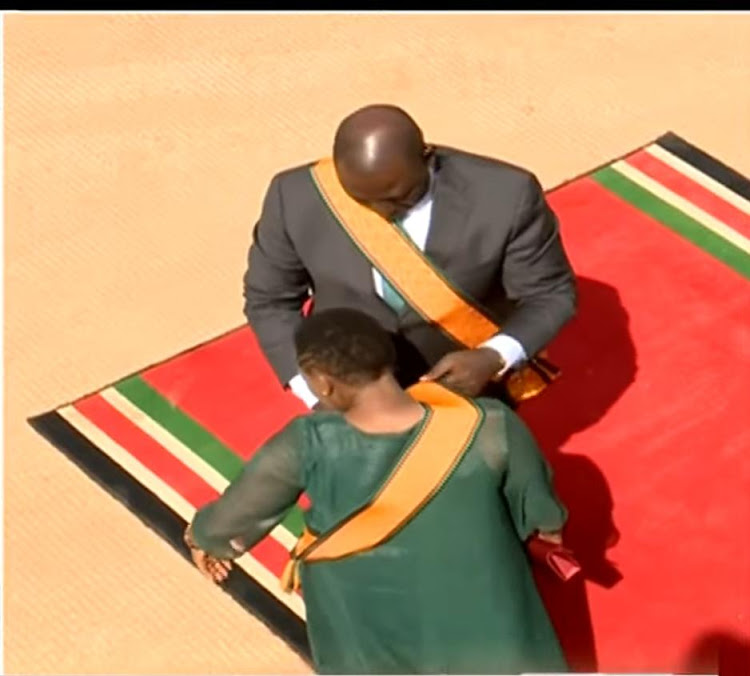 It is not every day you will see Deputy President William Ruto showing affection for his wife in public.

But today, during the 59th Madaraka Day celebrations, Ruto and the first lady Rachel Ruto were filmed on the red carpet together.

Ruto who had just arrived at the Uhuru Gardens, the venue of the Madaraka Day celebrations noticed that Rachel's sash was not properly aligned.

While still on the red carpet - in the full glare of the media cameras - Ruto started to fix Rachel's golden sash.

He took his time. He only stopped once he was satisfied that the sash was lying perfectly over Rachel's torso.

Check out the rest of the photos below. 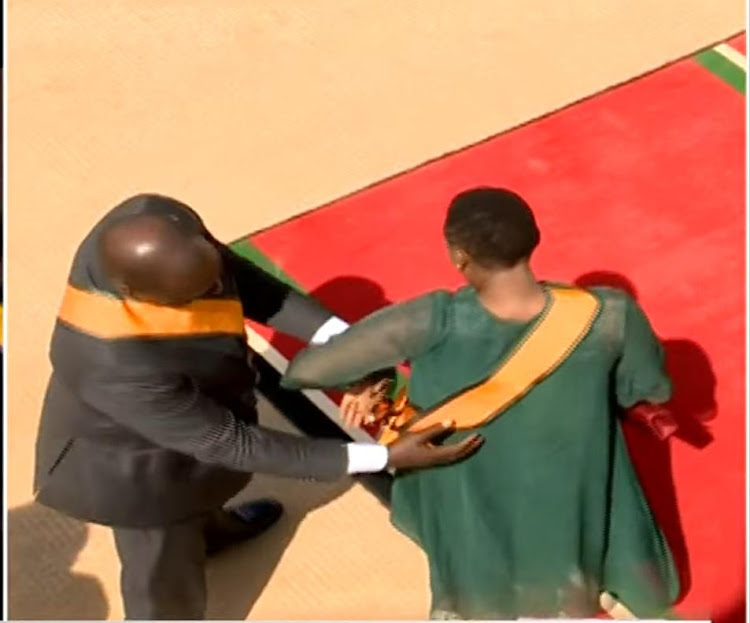 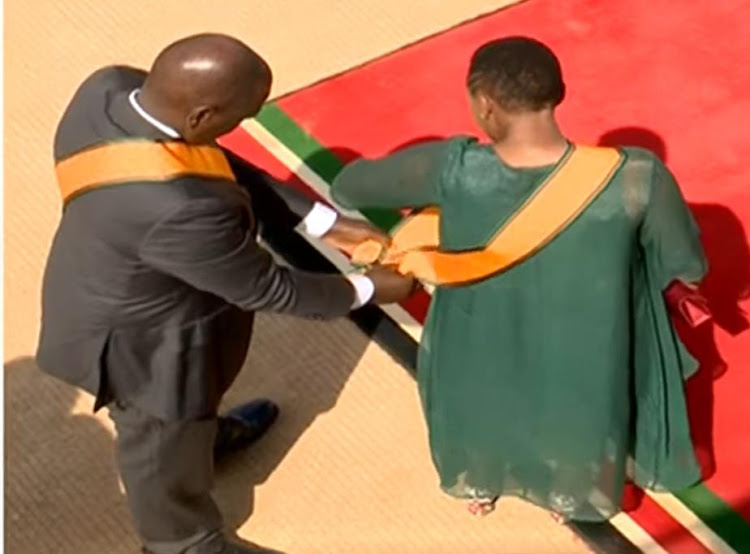 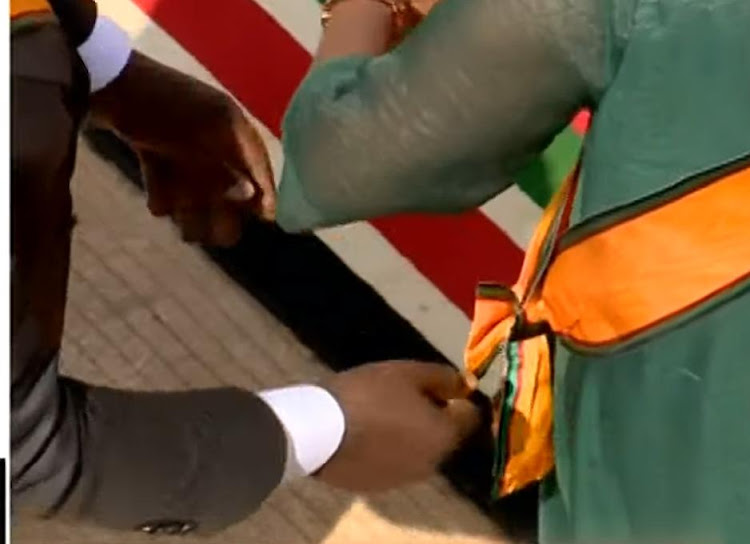 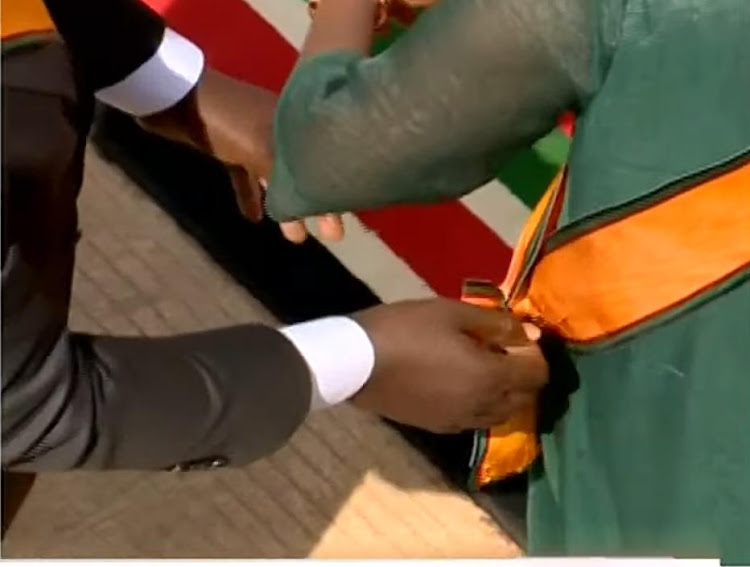 As Ruto was arriving at Uhuru gardens, President Uhuru Kenyatta and his cabinet had a special pre-party at State House.

There was a band performing there as well.

Anyhow, Ruto was missing at the pre-party.

In a past media interview, Ruto addressed members of the fourth estate talking about his relationship with Uhuru.

Talking about the end of their political marriage as the August elections near, Ruto said as far as he knows, he is only married to one wife - Rachel - and not anyone else.

"I have heard many stories, and I have read many headlines - the marriage has died... bromance, and love. My friend, Uhuru Kenyatta is married to Margaret; and I am married to Rachael," he said.

Ruto was responding to a question about his relationship with President Uhuru  in the Jubilee party during an interview on NTV.

He added, "There is no marriage business here. We were elected by the people of Kenya to do a job. Uhuru Kenyatta as president, me as his assistant. What you should be asking me is, ‘are you delivering on the job you were given by Kenyans?".