• Junet Mohamed asked the DP to stop demeaning Karua by calling her names.

• Junet added that Raila has bestowed respect on women by picking Karua to be the first woman deputy president of Kenya in the event Azimio wins the presidency. 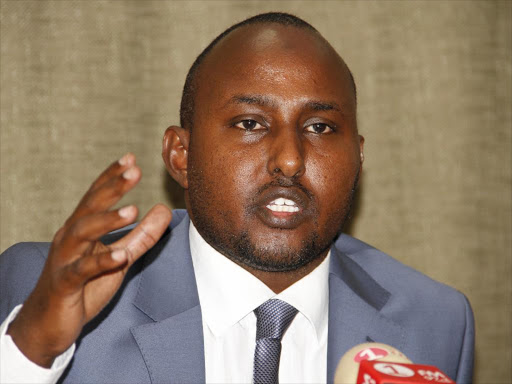 Junet told the DP to stop demeaning Karua by calling her names.

Junet added Raila has bestowed respect on women by picking Karua to be the first woman deputy president of Kenya in the event Azimio wins the presidency.

"We have told Ruto we don't have an issue with his campaigns but the insults towards an honourable, learned and humble woman such as Martha Karua is wrong," he said.

On Friday, Ruto said the ODM leader settled on Karua out of confusion after sensing he couldn't beat his agenda for the Mt Kenya region.

Loosely translated to: "When they (Azimio) heard we were planning to lift mama mbogas and all those struggling to eke a living, Raila went ahead and chose a woman running mate out of confusion".

On Wednesday, Karua urged all leaders to respect one another during their campaigns regardless of their political ideologies.

"No matter where you stand, we can disagree without insults and heckling. Because after August 9th, we will have to still live with one another,” Karua said in a tweet.

Sharing a photo of himself alongside his mum George captioned,“When the time is right.@MarthaKarua.”
Politics
1 month ago

Martha Karua’s appointment as DP gives hope to our mothers, sisters, daughters and all Kenyan women
Politics
1 month ago
WATCH: For the latest videos on entertainment stories

Check out the latest news here and you are welcome to join our super exclusive Mpasho Telegram group for all the latest and breaking news in entertainment. We would also like to hear from you, WhatsApp us on +254 736 944935.Click here to edit this text.