Beware of fake accounts in my name - Jimmy Kibaki warns

Jimmy disassociates himself from Kenya Kwanza

• After the death of his father, anonymous accounts with Jimmy's name and profile started cropping up on the social media platform.

• The accounts have been portraying Jimmy Kibaki as a supporter of the Kenya Kwanza Coalition, which is associated with Deputy President William Ruto. 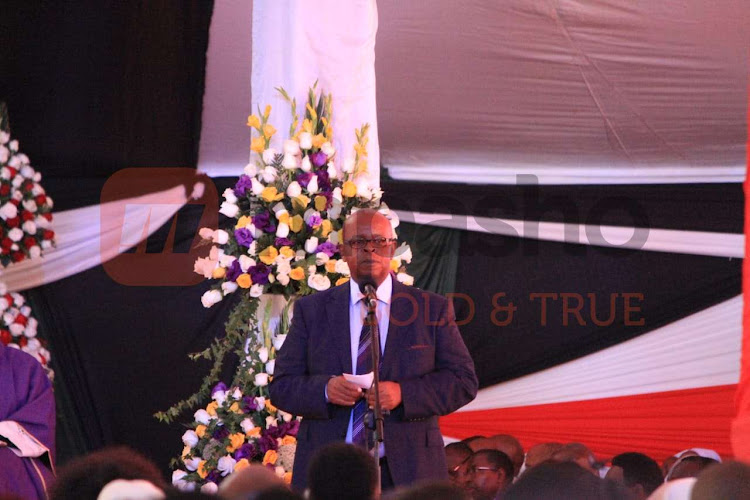 Jimmy Kibaki, the son of the late former President Mwai Kibaki has dissasociated himself with multiple Twitter accounts under his name.

After the death of his father, anonymous accounts with Jimmy's name and profile started cropping up on the social media platform.

The accounts have been portraying Jimmy Kibaki as a supporter of the Kenya Kwanza Coalition, which is associated with Deputy President William Ruto.

In a press statement on Friday, Jimmy warned Kenyans not to fall prey to the fake accounts, adding that he does not support the coalition.

"It has come to my attention that there are several fake Twitter accounts impersonating me, and purporting to imply that I support the Kenya Kwanza political formation. I would like to take this opportunity to inform Kenyans that they should ignore all fake and preposterous announcements emanating from these delinquent imposters," Jimmy said.

He went on to say that even though his vote is a secret, his alligence is still with President Uhuru Kenyatta.

"Any right-thinking Kenyan who understands the 62-year relationship between the Kenyatta and Kibaki families will know that my loyalty to President Uhuru Kenyatta is sacrosanct, and our 50-year-old friendship endures.

As to who I will vote for in the upcoming presidential election in August...as the voting is by secret ballot, my vote is, as it is for my fellow citizens, my secret."

As the political season gets hotter, there has been widespread fake information doing rounds on social media.

Most of the false information is propagated by opponents of various politicians.

'You Jimmy, you like going out and coming home, at 2 or 3 am in the morning...It is only crooks and vagabonds that go out parading at all hours of ...
Politics
3 weeks ago

Uhuru Kenyatta has led Mwai Kibaki in viewing his remains at Parliament buildings.
Politics
1 month ago
WATCH: For the latest videos on entertainment stories