• MCSK then urged other political candidates to emulate the move. 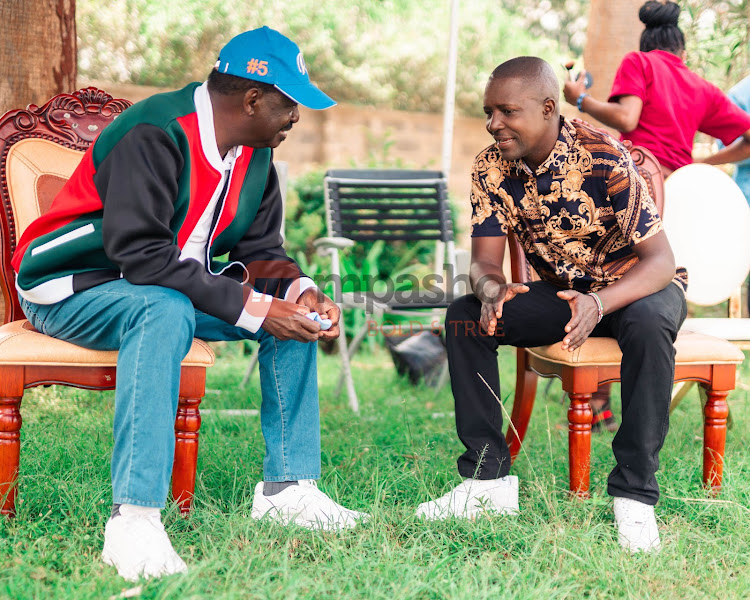 Azimio la Umoja presidential candidate Raila Odinga has adhered to the Music Copyright Society of Kenya (MCSK) rules by paying Sh562,500 as license fees for songs to be used in his campaigns.

This is according to Section 38 (c) of the Kenya Copyright Act 2021 which states that anyone who does not comply with that is guilty of an offence.

"Any person who causes a literary or musical work, an audio-visual work or a sound recording, to be performed in public at a time when copyright subsists in such work or sound recording and where such performances is an infringement of that copyright, shall be guilty of an offense."

Raila Odinga is now the first 2022 presidential candidate to comply with the music licensing laws. In a post on Twitter, MCSK wrote;

"It's gratifying to see that presidential candidates are complying with the copyright law by paying for music used in their political campaigns."

MCSK then urged other political candidates to emulate the move.

"We thank Winnie and the entire Raila Odinga's presidential team for this gesture and urge other political candidates to emulate them by making payments for the use of copyrighted musical works in their campaigns."

In February this year, Raila was featured in the song 'Lero Lero' by popular Luhya vernacular star Emmanuel Musindi.

Baba, as he calls himself in the song, added his vocals to the hit.

'Lero ni Lero', which means 'Today is today', can slightly be explained that people who promise too much tomorrow are not legit.

"It is one of his favourite Kenyan songs so he chose to jump on the beat and be part of it. He first fell in love with it on the 'Azimio la Umoja Movement' in December last year."

Juliani has not closed the door on Azimio - OKA Coalition.
Politics
2 weeks ago

Bahati in talks with Jubilee, vows not to contest as an independent candidate

Bahati says his opponent has not worked for the people.
Entertainment
4 weeks ago