She said she got tired of repairing purifying machine at family's private residence in Karen.

• She made reference to the Bible, 2 Kings chapter 2:19, where prophet Elisha purified unclean water using salt.

• She said the purification process became a routine since the bore hole was drilled in 2003. 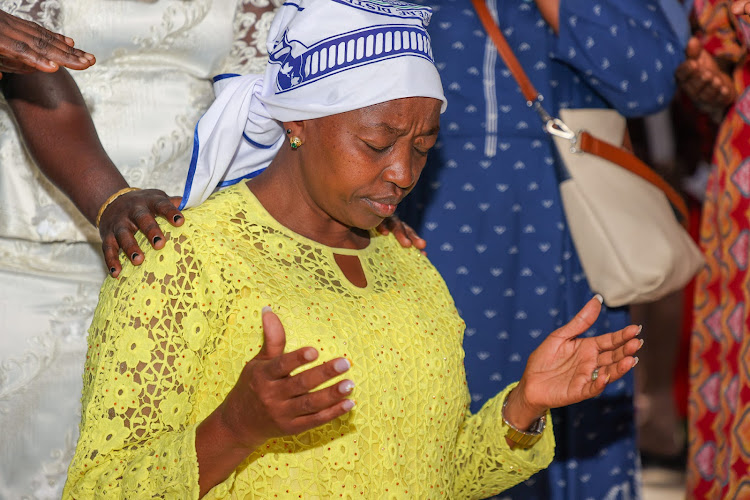 For several years, the bore hole water at Deputy President William Ruto’s private residence in Karen was unfit for consumption as it contained impurities.

The DP’s wife, Rachel Ruto, says they incurred heavy costs in installing water purifying machines to enable them utilize the water for domestic use.

“My husband the Deputy President went into a venture and bought very expensive purifying machines and that is what we have been doing, purifying the water all the time,” Rachel said.

She said the purification process became a routine since the bore hole was drilled in 2003.

At some point, however, the purifying machines started developing rampant mechanical problems and requiring filter change every so often.

“And I remember our boy at the residence was getting very frustrated.”

Rachel said the purifying machines broke down again last week and it was at this point that she thought of praying for the water to make it pure, and the prayers worked.

“I kept wondering and saying supposing I go pray for this water, is it possible to be purified?” she posed.

“Am I worthy to go and do what Elisha did just to go pray for this water?” Rachel said she kept asking herself.

She said she visited the home on Wednesday last week and the Lord reminded her about the water.

“You know what I did? I went to the Kitchen took a bowl, put salt and went to the bore hole and I went and decreed the words of Elisha,” Rachel said.

She made reference to the Bible, 2 Kings chapter 2:19, where prophet Elisha purified unclean water.

“I went and said ‘this water will never be dirty again and I spread the water around the bore hold and I ran back into the house as it was about to rain.”

Rachel narrated that she left the residence but returned again on Friday last week and noticed that there was a change in the water.

She said she inquired from her son, Shadrack, after visitors had left about what transpired.

“He told me mum, I don’t know what happened to the water,” Rachel said.

She was addressing a group of clergy from Evangelical churches at the DP’s official residence in Karen on Wednesday this week.

“The water is now clean, Amen!” Rachel said to a loud applause from members of the clergy.

“And we started giving God thanks,” Rachel said.

Ida Odinga comes clean on her relationship with Rachel Ruto

As most of you know, the next general election is increasingly looking like it will go down between political heavyweights Raila Odinga and William ...
Politics
6 months ago