• Nyambane's dad had been ailing from High Blood Pressure since 2019.

• "Dad was a disciplinarian who, before he punished us, ensured we were well fed. My siblings and I wouldn't be where we are had it not been for him." - Nyambane 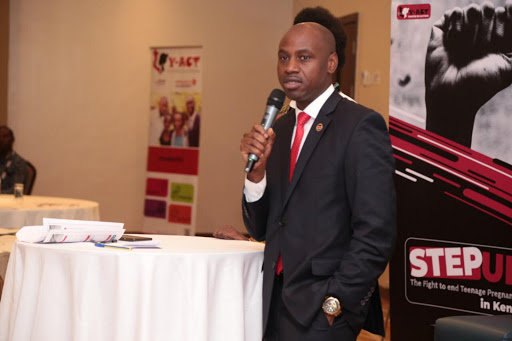 The 87-year-old died on April 23 after battling High Blood Pressure from 2019.

Taking to his social media on Wednesday, Nyambane who is a former Director of Youth and Development in the Office of the President  announced the death of his dad.

"Still surreal that the man I've loved and called father for over 47years has taken a bow. It's painful but the fond memories remain.

Dad was a disciplinarian who, before he punished us,ensured we were well fed. My siblings and I wouldn't be where we are had it not been for him," Nyambane mourned.

He further thanked family and friends who have offered support during the tough times.

While paying tributes to the late Marko James, his wives described him as a loving, kind and caring man.

"You called us oftenly just to enquire how your ladies were fairing on. You always calmed the storms amidst us, and assured us that we were all your “people” in those early and jealousy years. We loved you but God loved you most. You shall forever remain in our hearts. May God grant you eternal rest," they eulogized.

Nyambane and his brothers also paid their tribute to the man whom they described as kindhearted, loving and joyful.

On the other hand, the deceased's daughters described him as a friend, who walked with them in all stages of their lives.

"As the flowers in your family, you unapologetically defended and protected us from the hardness of the world be it in our work places, marriages or society once you realized that we were vulnerable. You empowered us, orchestrated our high levels of self-esteem, confidence and courage. You always reminded us of our beauty and our endowed abilities to be achieved. You first believed in us," they wrote.