Great send off to an iconic leader

• Uhuru Kenyatta's dad and Kenya's first president, Jomo Kenyatta, is the only leader so far, who was accorded a 21 gun salute. Here is why... 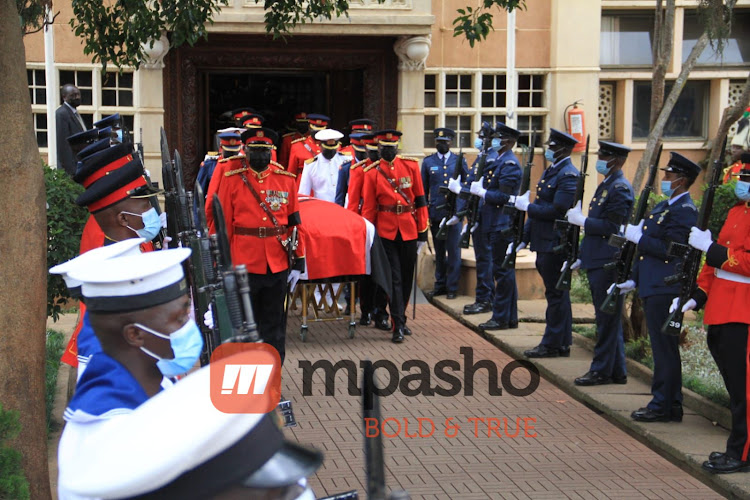 The last journey of the third Kenyan president Emilio Mwai Kibaki ends today at his family farm in Othaya where he will be laid to rest.

Kibaki will be accorded military honours complete with 19 gun salutes.

The gun salute is in honour of his role as a five star general and the commander in chief of Kenya's defence forces.

After the body will be lowered to the grave, President Uhuru Kenyatta will lead a minute of silence in honour of the late.

He will not be buried with the National flag. The flag will be handed to the family after he is laid to rest.

The reason why Kibaki will not be accorded a 21 gun salute is that at his death he, was not a sitting president as he had long retired.

According to Major General Daniel Wanyonyi, while a head of state who is also the Commander-in-chief of the armed forces receives 21 gun salutes, former presidents get 19 gun salutes.

He however explained that presidents who die out of the office can also get a 21- gun salute if the sitting president orders that they are buried in full military uniform for their terms served as Commander-in-Chief.

Mzee Jomo Kenyatta’s send-off was marked with a 21-gun salute.