• The dignitaries will leave alongside President Uhuru Kenyatta 10 minutes after the event ends. 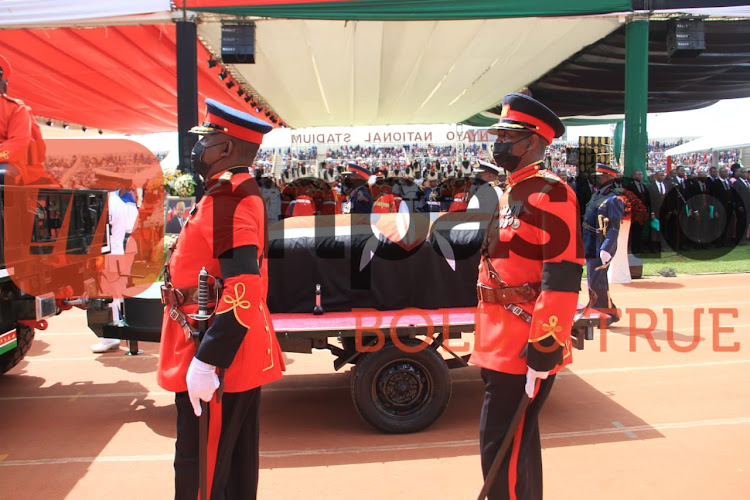 The mass for the late President Mwai Kibaki is currently going on at Nyayo Stadium. The late Kibaki will be buried tomorrow at his home in Othaya, Nyeri county.

The event has attracted people from all walks of life. Among those are dignitaries from neighboring countries.

The dignitaries present include 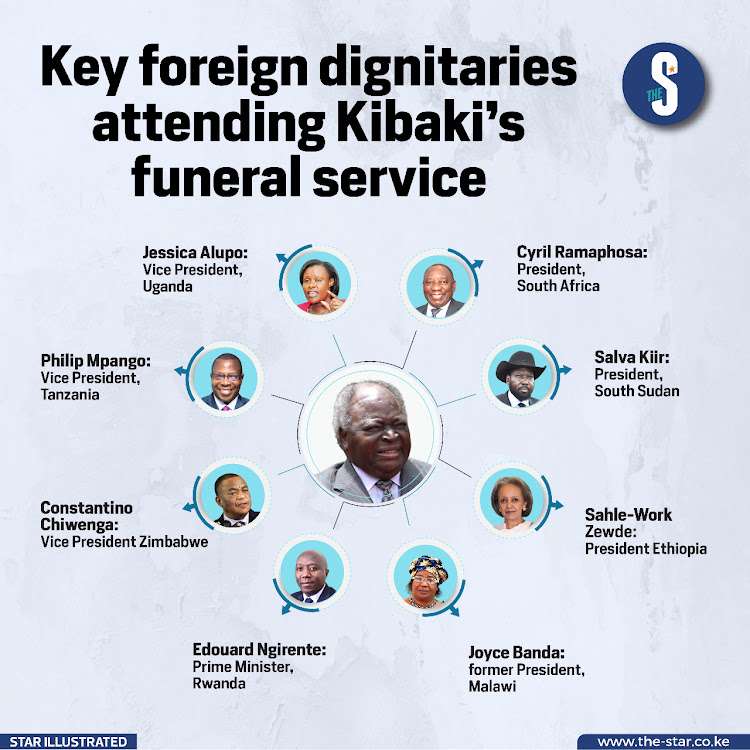 Guests arriving at Nyayo stadium were seated by 8:00 am on Friday.

In the program seen by the Star, the solemn procession departed from the State House at 9:00 am heading to Nyayo Stadium. Dignitaries were expected to be seated by 10 am.

These included; Ambassadors, High Commissioners, Principal Secretaries, and Members of the Judicial arm of the government among others.

Deputy President William Ruto was expected to arrive at 10:10 am.

At the same time, The National Anthem and East Africa Community (E.A.C) Anthem will be sung.

The Guards of Honor(Troops-in-line) will be in the first line in the State reception of the funeral procession.

it is here that the visiting Heads of State will pay their last respects to Kibaki.

The service will start at 11:00 am with a requiem Mass in celebration of the Life of Kibaki by Arch Bishop Philip Anyolo.

He will be assisted by Bishop Martin Kivuva. Tributes from the attendees will be received at 1:00 pm.

The parade will retreat at 2:00 pm and at the same time, the National Anthem will be sung.

Uhuru will depart from Nyayo Stadium 10 minutes later together with the visiting Heads of State.

President Kibaki will be laid to final rest on Saturday, April 30 in his Othaya Residence, Nyeri.

Kibaki will be laid to rest at his Othaya home on April 30th.
Entertainment
4 weeks ago

The KDF escorting Kibaki's body for the State funeral will use the roads as their procession routes.
Lifestyle
4 weeks ago
Watch: President Mwai Kibaki's body viewing at Parliament buildings