Mwai Kibaki's 'grandson' narrates ordeal at the hands of the police

• Makana said that people noticed his resemblance to Mwai Kibaki 7 years ago.

• He has vowed to attend the burial of Mwai Kibaki whether he has fare or not. 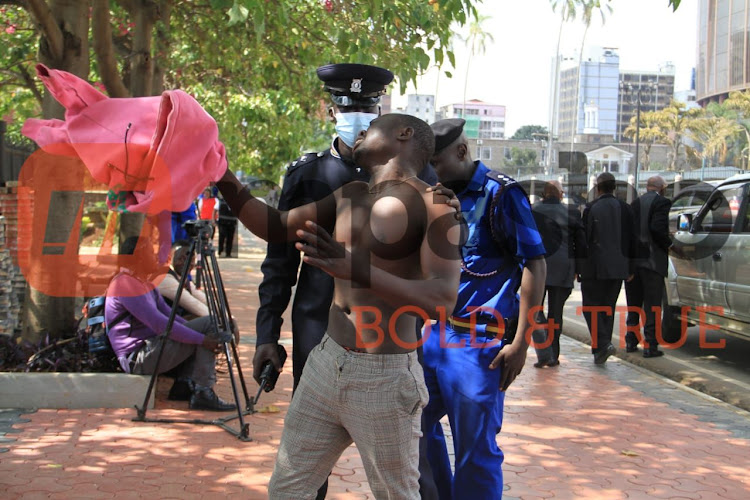 Allan Makana outside Parliament Buildings where he claimed to be Kibaki's grandson
Image: Ezekiel Aminga

Allan Makana, a man from Western claiming to be Mwai Kibaki's grandson has shared his ordeal at the hands of the police. This was after a video of him crying outside Parliament buildings went viral.

He did so during an interview with the Standard outside Nyayo Stadium where Kibaki's mass is currently being held. Makana said,

"They took me to a police station and then in the evening they transferred me to Central Police Post. I stayed there and was taken to City Hall for creating disturbance the next day. I did not see any mistake I had committed, even my file was not present."

Makana says the incident made him lose his job.

"They asked me whether I had a job and I said I did not. But the truth is that I had one, when I went back I was told not to continue working there for lying. Right now I do not have a job. I am asking any volunteers outside there to please give me a job." 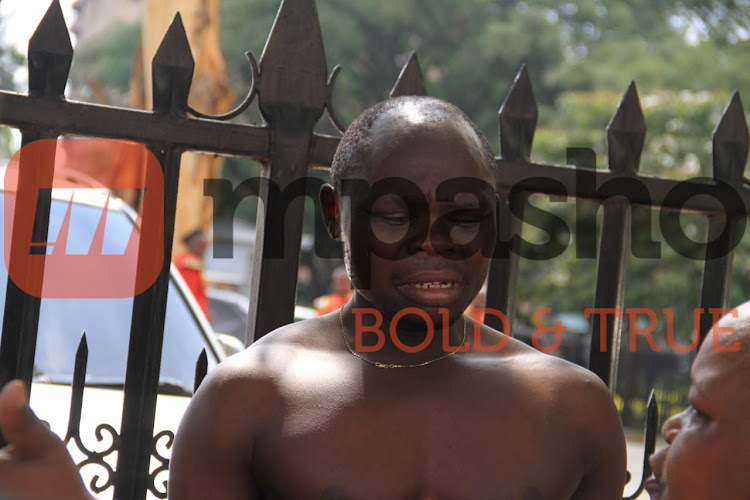 He says people have always said he resembled the late Head of State adding that he will go to Othaya and try to gain access to the burial.

"I did not see the body of Kibaki, I will go to Othaya and see his body. Even if I do not have fare I will borrow. People used to call me Kibaki's grandson, I told them to stop but the name stuck. I just want to fulfill my wish."

Mwai Kibaki had in the past insisted that he had one wife with the late Lucy Kibaki. The couple had four kids. The only grandkids known to the Kibaki's are those borne by these 4 siblings.

Makana might only be looking for clout in the wrong place.

Kibaki will be buried tomorrow in a State funeral. That means the security will be tight!  If Makana is smart, he should just stay at home.

Kibaki will be laid to rest at his Othaya home on April 30th.
Entertainment
4 weeks ago