• Their differences started after the former head of state failed to appreciate Kihoro’s contribution of Sh16 million towards his 2002 presidential campaigns.

• Wanyiri said, though Kibaki, as a person, was a peace-loving Kenyan, as a president, he performed dismally in uniting the country. 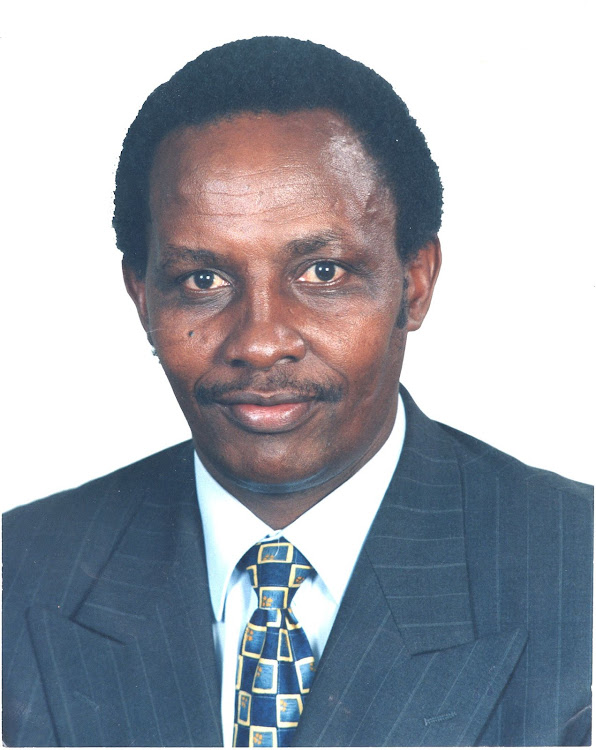 Former Nyeri Town MP Wanyiri Kihoro says he will not be attending Mwai Kibaki’s funeral because he also barred him from attending his wife’s interment.

Kihoro and Kibaki had long-standing differences that had lasted for about 20 years, which had not been solved by the time of his death.

Their differences started after the former head of state failed to appreciate Kihoro’s contribution of Sh16 million towards his 2002 presidential campaigns.

“I contributed Sh16 million towards his 2002 campaigns, which money we delivered to him in a plastic bag at the DP [Democratic Party] Finance House offices in Nairobi in the company of my wife, Wanjiru Kihoro, now deceased, and Charity Ngilu,” he said.

Wanjiru was one of the strategists who contributed to Kibaki’s 2002 victory while Ngilu is the current Kitui governor.

Wanyiri, who served as MP from 1997 to 2002 after being elected on Kibaki-led DP, spoke to Kikuyu TV stations Gichichio and Bravo TV at his home in Gatitu in Nyeri town on Saturday.

Wanjiru was involved in a helicopter crash on January 25, 2003, as they were returning from Busia to Nairobi from a homecoming ceremony of former Vice President Moody Awori, then a Cabinet minister.

The event was also meant to celebrate Kibaki’s victory under the National Rainbow Coalition.

The accident claimed the lives of minister Ahmad Mohammed Khalif and two pilots.

Others in the chopper were ministers Martha Karua, Raphael Tuju and Linah Kilimo.

Wanjiru suffered serious injuries and was in the ICU in a coma for close to four years before she died in 2006.

But despite having campaigned for the President and even funding his campaigns, Kibaki did not visit Wanjiru in hospital, which was one of the major causes of their fallout.

By not visiting his wife, Wanyiri believes, Kibaki abandoned him in his hour of need.

Kihoro and the former President’s friendship started during the struggle for multipartism when Kibaki would pay a visit to the former detainee in London where he was later exiled  and even spent time playing with his children.

“My children regarded him as a grandfather figure,” he said. 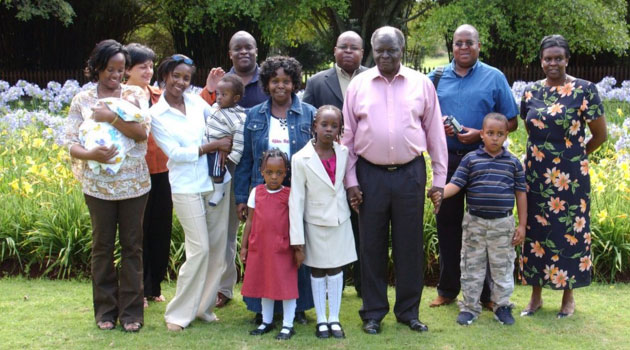 The late president Mwai Kibaki with his grandchildren
Image: Courtesy

Kihoro said even after the death of his wife, Kibaki never made any effort to meet him. They never met, both when he was President for ten years, and even ten years after retiring.

This is despite Kibaki having the powers to send his men to pick him up and have a sitting with him over a cup of tea.

As a result, he said, he will not be attending the funeral.

“I am the kind of a person who doesn't say or follow things that I do not believe in because that would be like lying in the eyes of the public,” he said.

He said, though Kibaki, as a person, was a peace loving Kenyan, as a President, he performed dismally in uniting the country and would have performed better as a church minister than a president.

His achievements, he said, should not be exaggerated as he had his own shortcomings.

For instance, he faults Kibaki’s government for having some Safaricom shares sold to foreigners instead of letting Kenyans own it exclusively.

Wanyiri said Kenyans would be benefitting a lot from the bonuses of the biggest telecommunication company in the country.

Kibaki gave up alcohol after he was elected the 3rd president of Kenya
Politics
1 month ago
Watch: President Mwai Kibaki's body viewing at Parliament buildings S