Kibaki: What it means to lie in state

Did you know that only presidents, former presidents can lie in state?

• Kibaki's body is guarded by soldiers and government officials.

• Kibaki's coffin is draped in the Kenyan flag. 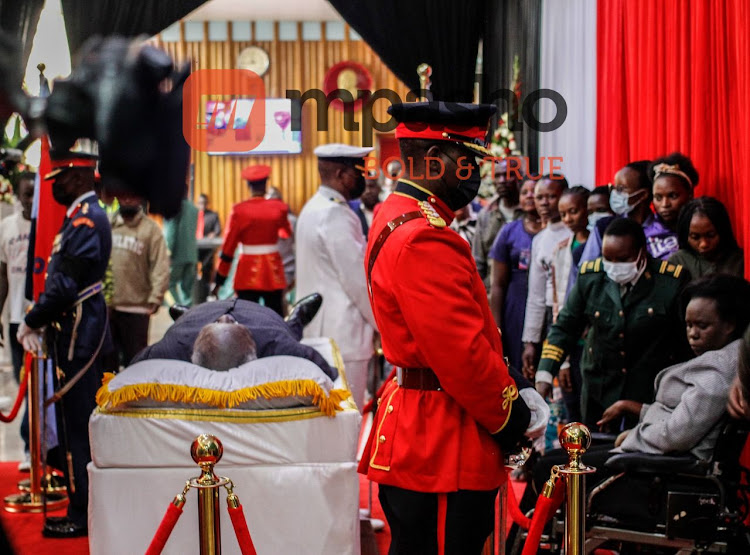 Mwai Kibaki is set to be buried on Saturday, April 30 at his Othaya home. Kenyans who wish to view the former president's body and pay their last respects have until Wednesday to do so with Kibaki's body lying in state at parliament buildings in Nairobi.

The president's body arrives every morning at Parliament Buildings from Lee Funeral Home.

But what does it mean for a body to lie in state?

This happened after a short requiem mass on Monday which was presided by the Catholic Church to pray for Kibaki. The body is now lying in Parliament Buildings.

Only presidents, former presidents can lie in state

The body is guarded by soldiers and government officials

During the period in which the late President's body will be lying in state, the body is always guarded by soldiers and government officials.

Mourners allowed to view the body

Since Monday, mourners from all walks of life have been queuing up in a bid to view president Kibaki's body and pay their last respects. Wednesday will be the last day the public will be allowed to view the body.

The coffin is draped in the Kenyan flag

From the moment Kibaki's body arrived at Lee Funeral home to the day his remains will be interred, Kibaki's coffin will be draped in the Kenyan flag.

Coat of arms affixed on the carriage

The car which has been carrying the body of Kibaki always bears the Coat of arms affixed on the carriage. 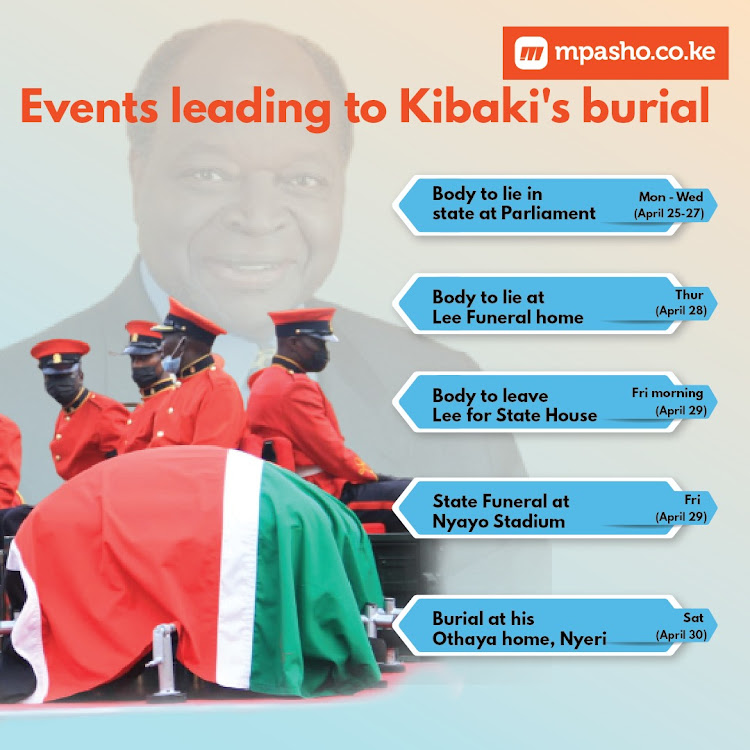 Kibaki's funeral service will be held on Friday, April 29 at Nyayo stadium before a state funeral in his honor on Saturday.