• Another woman was emotionally overwhelmed after viewing Kibaki's body, forcing a security officer and a staff from a rescue team to help in calming her down. 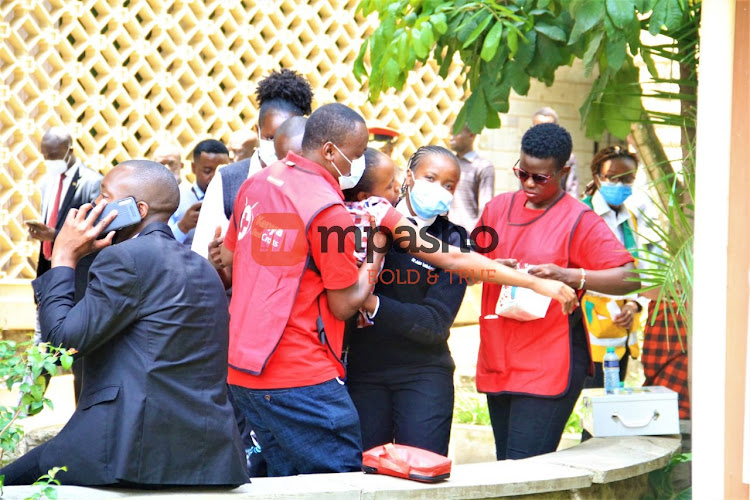 A woman became emotionally overwhelmed after viewing the body of the late President Mwai Kibaki at Parliament buildings on Monday.

The woman, who was among hundreds of Kenyans who lined up in Nairobi CBD to view Kibaki's body lying in state fainted just after seeing the body.

Red Cross officers who were at parliament buildings had to act swiftly and administer first aid to the woman.

Another woman was emotionally overwhelmed after viewing Kibaki's body, forcing a security officer and a staff from a rescue team to help in calming her down. They handed her towels to wipe away her tears. 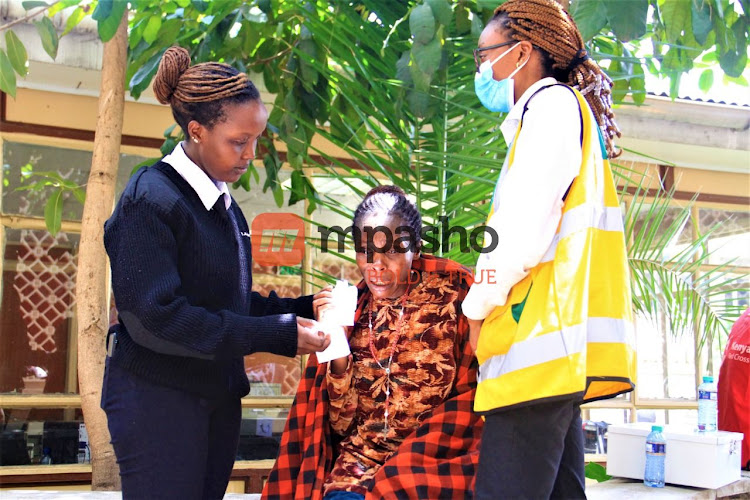 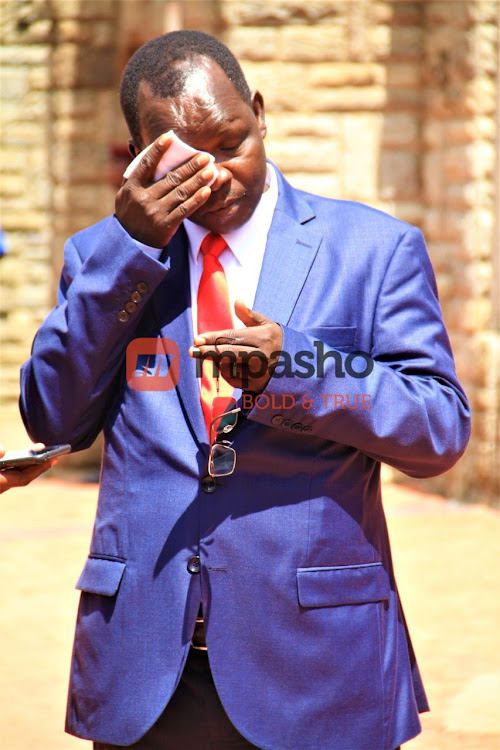 Kibaki's children and grandchildren were also present at the National Assembly, where his eldest son, Jimmy Kibaki paid his tribute.

"We are encouraged to see the large turn out by Kenyans. To me he was just my father but seeing all these people means he uplifted the life of Kenyans and they have come here to show their appreciation. It's not easy at all, he has been in my life all my life. It has not hit me that he is gone, it will only hit me once we bury him in Othaya," Jimmy said.

The body of Mwai Kibaki arrived at the parliament buildings on Monday morning. President Uhuru Kenyatta then arrived at Parliament where a brief requiem mass was held before he could open the stage to the public viewing of the body.

President Uhuru Kenyatta, who was accompanied by his wife Margaret then took a photo with the family members beside President Kibaki's body.