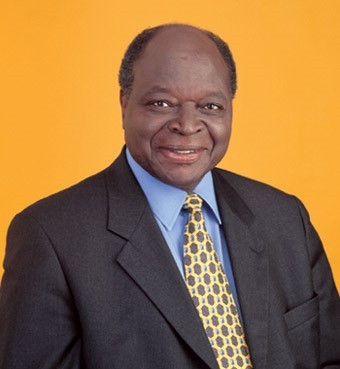 The passing on of the former head of state was announced by President Uhuru Kenyatta today.

Mwai Kibaki will be remembered as a charming politician who was calm and very composed.

His words were few but very impactful to the nation.

He later had a falling out with Moi and during the eve of agitation for multipartyism in early 1990, he resigned from Kanu and formed the Democratic Party.

Kibaki unsuccessfully challenged Moi in the 1992 and 1997 presidential races, earning him the position of the Official Opposition in 1998.

In the run-up to the 2002 General Election, Kibaki joined forces with other politicians including Raila Odinga, Charity Ngilu, Moody Awori and Kijana Wamalwa (who died in 2003) to form the National Rainbow Coalition.

Kibaki was picked as the coalition’s flag-bearer and he defeated the then Kanu candidate Uhuru Kenyatta.

Uhuru, the current President, had been picked by Moi to run against Kibaki.

Below is Mwai Kibaki's timeline;

1966 - Minister for Commerce and Industry

1969 - Minister for Finance and Economic Planning

2002 - DP among other opposition parties formed a coalition with NARC. Won the December 2002 presidential election

The late president Mwai Kibaki was a man of very few words.But when he uttered them they made sense and they were memorable.
Politics
4 weeks ago
WATCH: For the latest videos on entertainment stories