He says it is a waste of one's money and time.

• Maina Kageni gave his two cents, saying the loyal supporters of such politicians encourage them to contest as independent candidates. 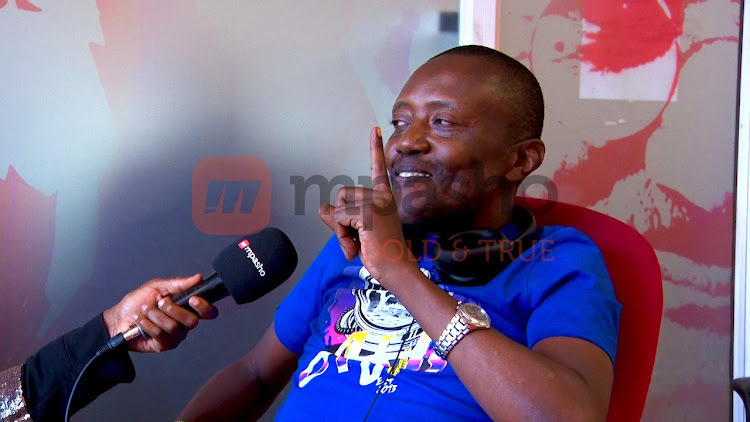 Classic 105 presenter Mwalimu King'ang'i has advised politicians who were not able to clinch party tickets in nominations to shelve their political dreams.

Speaking on Maina and King'ang'i in the morning, the presenter said running as an independent candidate is just a waste of one's money and time.

"If you failed nominations or your votes were not sufficient, or you are not wanted....it is not a must. Don't start going independent saying the ground wants you. You want to sell your plot, car....leave it, don't force it," King'ang'i said.

Maina Kageni gave his two cents, saying the loyal supporters of such politicians encourage them to contest as independent candidates.

On Monday, comedian MC Jessy pulled a surprise move after announcing that he will contest for the South Imenti MP seat as an independent candidate.

The comedian, who was a member of William Ruto's UDA party decided to go the independent way after his opponent Mwiti Kathaara was granted a direct ticket.

Jessy said that he made the decision after persuasion from South Imenti residents.

How to get your song played on Classic105-Maina Kageni discloses

Maina Kageni, has revealed what criteria he uses to play music during his Morning Show on Classic 105.
Exclusives
2 months ago

" I think am blessed with the best co-host anyone would ever wish for on the radio," Maina Kageni on co-host Mwalimu King'ang'i.
Entertainment
2 months ago

"We would also love to be supported." - Mwalimu King'ang'i
Entertainment
2 months ago
WATCH: For the latest videos on entertainment stories