Rufftone addresses those criticising him for joining politics

• The gospel singer who is aspiring to be the next Nairobi Senator says that as long as one keeps his integrity after assuming office, there is no problem with it. 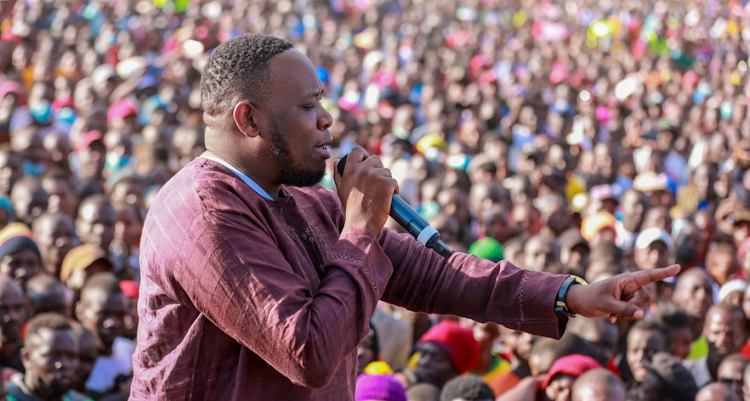 Gospel singer Smith Mwatia, popularly known by his stage name Rufftone is among artists who have been criticized after announcing their decisions to contest for political seats.

According to Rufftone, there is no harm in a gospel crusader joining politics since it is something that is there even in the bubble.

"There has been a serious misconception about politics and salvation. King David in the bibble was a politician and also a musician. It is biblical," he said.

The gospel singer who is aspiring to be the next Nairobi Senator says that as long as one keeps his integrity after assuming office, there is no problem with it.

"Once you have been called into leadership as a man of God, walk with integrity. It is not easy but there are those who did it.

If I become a leader in this country, I will break the barrier between the haves and the have nots. I will speak for the voiceless," Rufftone told SPM Buzz.

Even as the singer lays down his plans for the people, there is a dilemma on whether he is still in the Senatorial race.

This is after his party(UDA) decided to nominate Bishop Margaret Wanjiru as their flagbearer in that position.

'She is praying a lot that I get a change of heart.' - Rufftone
Politics
3 months ago

She advised Kenyans to be vigilant while selecting their leaders.
Entertainment
1 month ago
WATCH: For the latest videos on entertainment stories