Mr Maribe will have to forgive us - Jacque and Cate Maribe.

• Jacque Maribe's dad, Maribe Mwangi is running for the Muranga MP seat under the UDA banner. But his daughter will be voting in Nairobi, denying him two very valid votes. 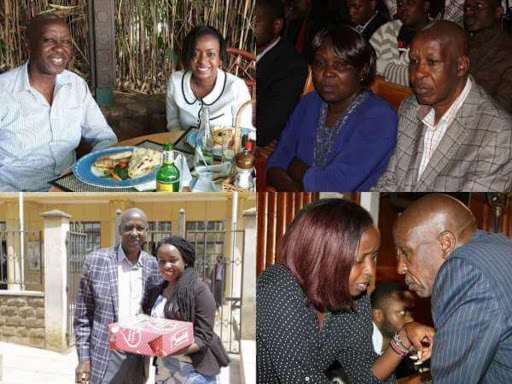 Media personality Jacque Maribe has revealed that she will have to miss out on voting for her dad, Maribe Mwangi in this coming election.

Maribe is running for the Muranga MP seat under the UDA banner.

Back in 2007, he contested for the Kiharu parliamentary seat but lost. Twice. Guess the third time is a charm for Maribe.

His slogan was “Work for the people!”

During a discussion between Jacque with her sister Cate Maribe, Jacque asked about MP George Theuri and what the sister thinks of his leadership.

Cate gushed about him being a great leader to the point where she changed her vote station from Muranga where the dad is running for MP to Embakasi West.

Cate said, "Mr Maribe aki, he will have to forgive me (I moved my vote) from Muraga to Embakasi West."

Jacque also revealed she did the same. "Aki hata mimi. (Me too!)"

While still on the political topic, Jacque again asked her sister, "What about for president?"

Cate, without hesitating, announced who she will be voting for come August when the general elections will be held.

"Our favourite, William Samoei Ruto. He is loyal, that one, praying for him every day that wakitaka kututukana watutukane. (If they want to abuse us they can abuse us, we don't care)"

Denoting that Deputy President William Ruto will be the 5th Kenyan president.

In a past interview, Jacque hinted that she may run for political office herself when the time is right.

“It is an opportunity. Given the opportunity, why not? "The proper response from me is, 'See you at the finish line!'" she said.

Maribe said that sometimes people are sent to push you in the right direction.

Adding, “I have not ruled it out but what I’m saying is, I have not declared it. I’m receiving a lot of messages from people asking if I will run. The proper response from me is, 'See you at the finish line!'"

"When she passed on, she was in the house, with the kids alone. I had gone jogging at Ololua forest, my kids called me in a panic..." Terryanne Chebet
Exclusives
2 months ago

The Maribe's are a close-knit family and this has been proven time and time again.
Entertainment
5 months ago

'I would like to meet Jacque Maribe's parents,' - Monicah Kimani's dad

'I would like to meet Jacque Maribe's parents,' - Monicah Kimani's dad
Lifestyle
2 years ago
WATCH: For the latest videos on entertainment stories