• Refigah said he received the nomination certificate to signify a new beginning full of hope to the great people of Kibra. 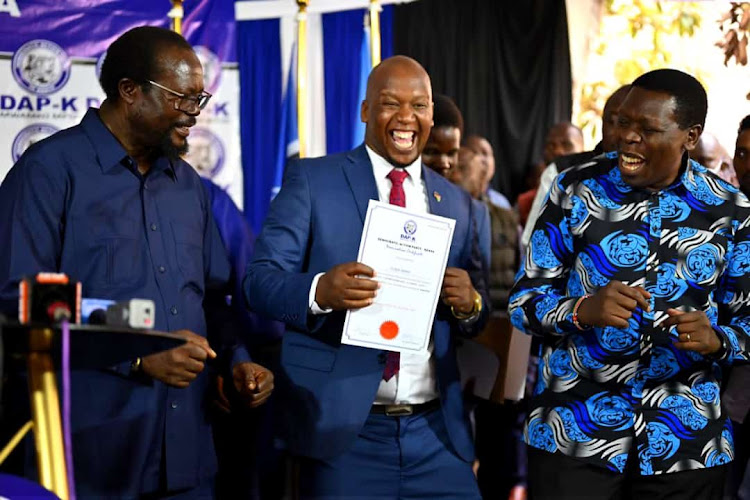 In a statement today, Refigah said he received the nomination certificate to signify a new beginning full of hope to the great people of Kibra.

He is running under DAP-K party which is under Azimio la Umoja.

Refigah then thanked his family, friends, supporters and all who cheered him on.

"As we embark on this journey, we commit to discuss issues and not our opponents, tackle our people's problems and not discuss our opponents personalities and to only advance the interest of Kibra constituency with the aim of improving our people's social welfare.

Our aim is to deliver to the people of Kibra irrespective of their religion, tribe or political inclination. This is because, as people of Kibra, we are known to speak in unison which is a great asset that we must continue investing in and enjoying."

Refigah announced he was retiring from the music scene few months ago.

In a statement, he said he was leaving his record label under some other management.

"I believe there is a younger person who is more talented and can take this music industry to the next level," he said.

In 2020, Refigah majored in humanitarian projects in Kibera.

Refigah said the aim of the event was to build a library and a resource centre in Kibera slums.
Exclusives
3 months ago