List of Presidential escort members who have committed suicide

Suicide is becoming an epidemic in these circles

•  The elite Recce squad, which forms part of the presidential escort unit is one of the best-trained teams in the country as they take care of the President, his Deputy, as well as their families. 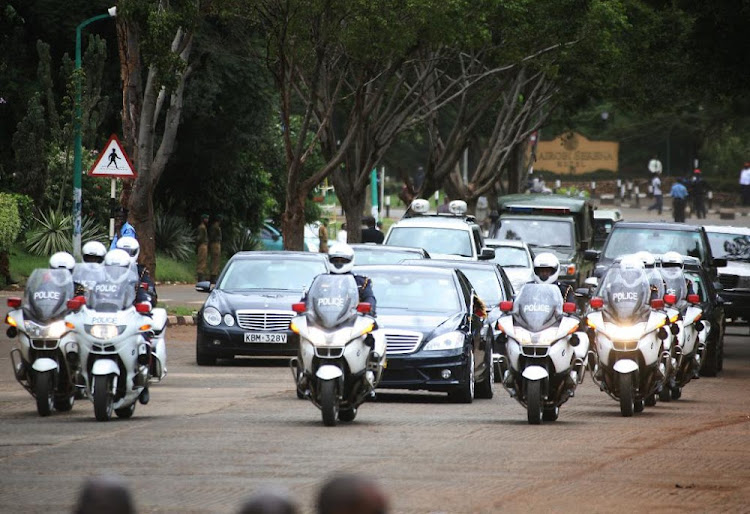 Suicide is becoming an epidemic in the uniformed forces.

In the last few days at least three reported cases of members of the elite Recce squad, which forms part of the presidential escort unit have taken their lives.

It is one of the best-trained team in the country as it takes care of the President, his Deputy, as well as their families.

The body of constable Samuel Ngatia, who was attached to Deputy President William Ruto, was the first to be found on Monday morning soaked in a pool of blood in his sitting room.

Check out the details here.

3 facts about the mysterious death of Ruto's bodyguard

Here are 3 facts that don't add up to declaring Samuel Ngatia's death a suicide.
Politics
1 month ago

Police authorities said the body of constable Dennis Kamau Ndung’u, attached to State House, was found with bullet wound in the head in a hotel room in Mombasa’s Nyali area.

Police authorities said the body of Ndung’u was found in the room Tuesday at about 11am.

He was on official duty to Mombasa with his boss who reported the discovery of the body.

What puzzled police who visited the scene was the discovery of three spent cartridges and 12 live bullets and a Glock pistol next to the body.

A smashed mobile phone was also recovered at the scene. Officials said it is hard for one to fire more than one bullets in a suicide incident.

“Unless he fired to test the pistol and damaged the mobile phone,” an officer who attended the scene said.

Another officer, constable David Koech Kurgat, was found dead in Mombasa near Bandari Sacco after an apparent suicide.

Officials said he used his AK-47 rifle to shoot himself in the chest. He died instantly. A spent cartridge alongside the weapon were found at the scene.

The motive of the incident is yet to be known. Police spokesman Bruno Shioso said they are professionally investigating the incidents.

Officials say trauma is the main reason for such behaviour. The study found out the police are generally at the receiving end of all community problems.

They are expected to maintain law and order in very difficult situations. They put their lives at risk as soon as they leave home every day.