Inside the last will and testament of late president Moi

President Moi was worth over Ksh300 billion

• President Moi's grandson, Collins Kibet had moved to court accusing Zehrabhanu Janmohammed of a plot to disinherit him. Senior Counsel Janmohammed is the executrix of Moi's vast empire. 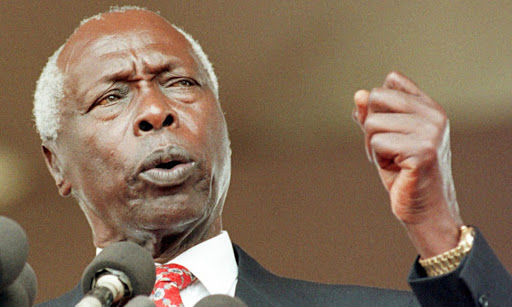 The grandson of former President Daniel Moi has now petitioned the court seeking Sh30 million to foot his bills.

Collins Kibet Toroitich wants the court to order the administrator of his grandfather's vast estate to pay the money as they await the outcome of an inheritance case.

Kibet had moved to court accusing Zehrabhanu Janmohammed of a plot to disinherit him. Senior Counsel Janmohammed is the executrix of Moi's vast empire.

Kibet told court that his grandfather was worth over Sh300 billion. 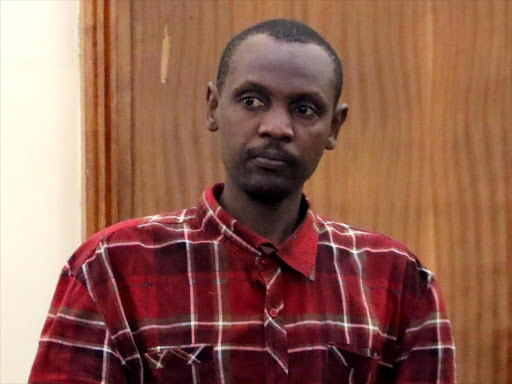 Collins Toroitich during a past appearance in a Nakuru court.
Image: FILE

Through lawyer Pearlyne Omamo, Kibet says he is under extreme financial distress and is living on handouts from well-wishers.

In an affidavit filed in court on April 7, Kibet said the inheritance case was fixed for directions on July 19, a time he argues is too far because payment of his bills is overdue.

"July 19 is too far off noting that there is a looming deadline from the applicant's former landlord to pay his outstanding rent of Sh200,702 by April 19," the affidavit reads.

'By death, I shall escape from death,' Moi's last dying wish

'By death, I shall escape from death,' Moi's last dying wish
Lifestyle
2 years ago

Kibet said he is an orphan. His father Jonathan Kipkemboi Moi died in 2019 after his mother passed away two years earlier. Jonathan was Moi's eldest son.

In his will, also filed in court,  President Moi shared his assets equally among his five sons and in the case of the sons' death, as in the case of Jonathan, their children would be bequeathed.

Kibet is demanding, among others, an accurate inventory of Moi's assets and liabilities and revocation of the powers given to lawyer Janmohammed to manage Moi's estate.

Janmohamed was given the powers to manage Moi's estate on October 9, 2020, after the former President's death on February 4 of the same year.

Being Jonathan's eldest son, Kibet says he is entitled to more than Sh5 billion.

Kibet says he has three sons aged 24, 21 and 18 whose school fees he has to pay besides their welfare. He says his wife Marsha Dee Amario is officially certified as a disabled person due to debilitating seizures that she suffers from and needs special care which he is unable to provide because of financial constraints.

He said he is not able to pay his outstanding bills and can neither take care of the basic needs of his dependents.

"There is no plausible reason whatsoever for the applicant and his defendants to suffer in the manner that they are suffering when their interests have been expressly catered for in the deceased will,  and the deceased estate is well and truly capable of maintaining the applicant's needs and those of his dependents," the affidavit reads.

Kibet wants the court to order Janmohammed to pay him Sh20 million to cater for his accrued and immediate medical, food, clothing, education, transport expenses and other needs.

He also wants the estate administrator to pay him another Sh10 million to start a business.

"Pending receipt of his full beneficial share in this estate, this honourable court hereby orders the respondent to make an annual lump sum maintenance payment of Sh30 million in favour of the applicant, to cater for his business venture and accrued and immediate medical, food, clothing, education and transport expenses and other needs," the affidavit reads.