Wives of the graveyard: Widows speak out

We are more than just widows.

• “The society views us as social misfits because we are mond liete (wives of the graveyard), that in itself is demeaning. If you ask for votes, they just wonder what this widow wants from them,” Martabel Ogunde said.

• The widows said, however, it is this hostility that has driven them to seek political office. 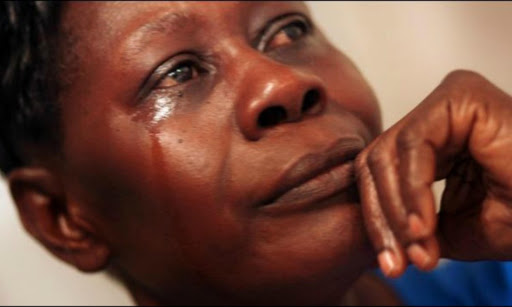 Society regards widows as lesser women and calls them derogatory names such as wives of the graveyard.

It is even more unwelcoming when they seek political seats.

“The society views us as social misfits because we are mond liete (wives of the graveyard), that in itself is demeaning. If you ask for votes, they just wonder what this widow wants from them,” Martabel Ogunde said.

She spoke during a widows’ empowerment and awareness forum in Komolo, Alego Usonga constituency, at the weekend. 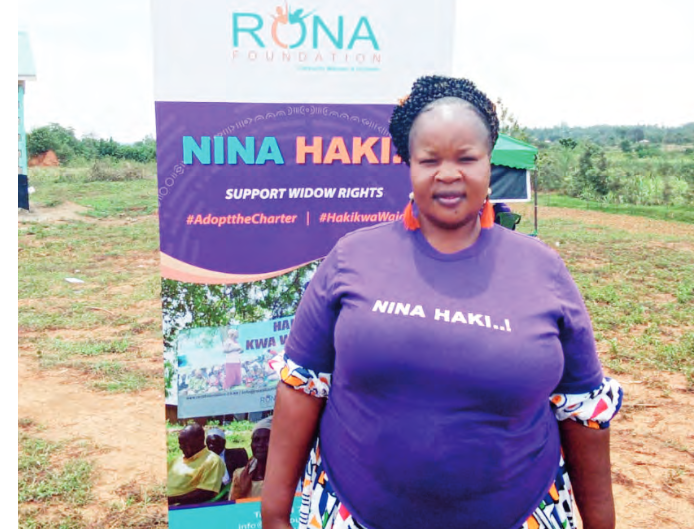 The meeting brought together widows who are aspiring for political seats in Siaya county, male widow champions and community stakeholders.

Eunice Achieng, who was widowed last year, said she has met with hostility as she goes about vote-hunting.

“As at now I have a lot of derogative names. Some call me oluwo ndara (meaning, not born in the locality) and others just call me a dog; that woman is a dog,” she said.

Ogunde is contesting in Sigomre ward, while Achieng is hoping to become South Sakwa MCA.

The widows said, however, that it is this hostility that has driven them to seek political office.

Apondi told the Star that they are seeking political positions to stand up not only for women’s rights but also for widows and orphans.

Her wish is voters would look at them as leaders brimming with great ideas.

Ogunde said they are not just seeking to have their names on the ballot, but have every intention of winning.

“The society should encourage us because we are the very ones who can adequately respond to the unique challenges of widows,” she said.

The meeting resolved that there is a need for political parties, security apparatus and the government to protect widow aspirants, for the short term, and implement the United Nations Widowhood Resolution, for the long term.

Achieng asked ODM to watch over widow aspirants as they campaign.

Ogutu, whose husband died from Covid-19 last year, said, “We are requesting the county commissioner to provide us with special security during these nominations.”

In a joint statement, the aspirants asked the Siaya county assembly to recognise widows as a special category of women forming a critical part of the minority group.

They want the government to establish the office of widowed persons, mend loopholes in the law to mainstream widows' concerns and allow active participation of widows in government, political parties and gender spaces.

They are also demanding that widows be nominated at party primaries so their numbers can contribute to the two-thirds gender rule.

The aspirants called on the community to champion the protection of women who speak and defend human rights.

It is estimated that there are 258 million widows worldwide, 38 million of whom live in extreme poverty.

There are eight million widows in Kenya.

The UN recently adopted the UN Widowhood Resolution, requiring member states and stakeholders to promote leadership and meaningful participation of widows in all decision-making processes.

Millicent Wayua, the monitoring and evaluation officer at Rona Foundation (which cares for widows and orphans), told the Star that they are currently creating awareness of the need for widows to be represented in political spaces.

“Political parties have failed us because we have not had widows’ representatives like is the case with other special categories. Widows have unique challenges, more than those that ordinary women would endure,” she said.

The Rona Foundation has been implementing the ‘Nina Haki’ (I have a right) project in Siaya, to review, lobby and adopt widow protection laws.

The aim is to strengthen and promote prevention and response to SGBV, including widow cleansing, which involves sexual intercourse with other men.

Felix Orwenyo, assistant chief of Komolo sublocation in Alego Usonga, said for three years that Rona has operated in the locality, widows have been empowered.

“We have about 350 widows in this locality, 200 of whom are young. With support from Rona, we have experienced improved livelihoods of widows here,” he said.

Most of them, Orwenyo said, are now self-reliant.

He said some have abandoned illicit liquor brewing and are now operating as grocers and engaged in subsistence farming.

The assistant chief is among men in the community who protect the rights of widows.