A while back, President Uhuru visited Kenyatta Market where he had nyama choma and ugali at his favourite joint on stall B6 called Hayi Hayi President's Choice a.k.a Ikulu Ndogo.

During his impromptu visit, a car wash guy called Karanja saw the opportunity to interact with power.

Speaking to members of the fourth estate, Karanja said that when Uhuru showed up, he asked him if his car needed a wash.

"We shook hands and I asked him if he would like me to wash his car. He did not answer me but I just took it upon myself to wash the car."

Karanja added that he was so excited to meet him, for the second time at the Kenyatta Market. Thus, it was a no brainer that he would definitely offer his services to the most powerful man in the country.

As he washed the armoured car, he hoped his work would be rewarded handsomely.

Karanja said that the fee for washing the president's posh car is wayyyyyy too steep. 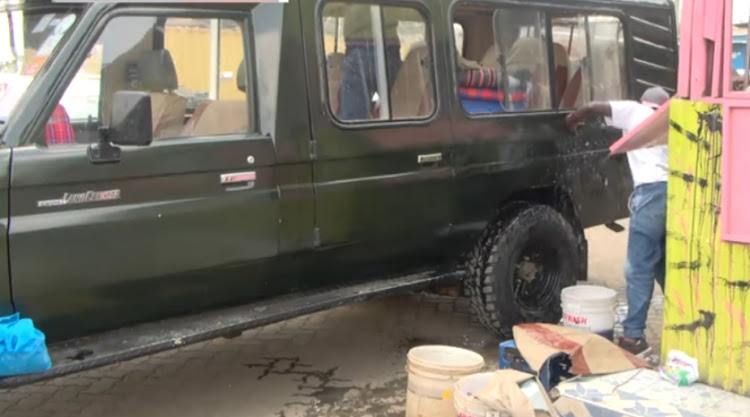 Asked how much he would charge president Uhuru, Karanja smiled and without batting an eyelid said Ksh 1b.

"I was very ready to charge him Ksh 1b since he is the president."

Adding that his plans were foiled because "as he was leaving everyone in the area knew the president was around and so the crowds swarmed him. I did not get a chance to ask him or talk to him."

Before long the commander-in-chief addressed the crowds and zoomed off with the sparkly car that was washed by Karanja.

Karanja sent out an appeal to the president asking for help to build his own car wash business.

He has been left pleading with President Uhuru Kenyatta to at least gift him with a place he can put up his own car wash business and he will forever be grateful.

He claims that this is not the first time he is meeting president Uhuru although he has never gotten any chance to speak with him.