• The song song carried words that were likely to cause anxiety to the public.

A man has been charged in court for releasing a song indicating that Marsabit Governor Mahammud Ali was responsible for the deaths of three former Moyale MPs.

Jarso Wako was accused of composing and releasing the song which according to the prosecution carried words that were likely to cause anxiety to the public. 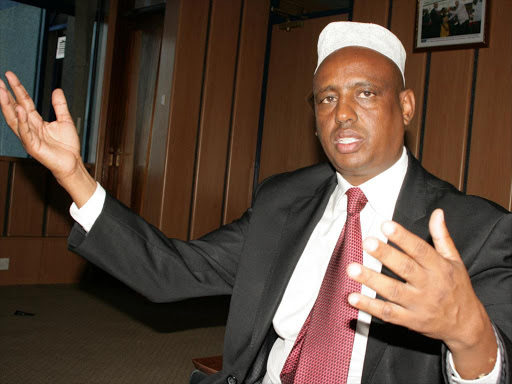 Godana was in 2015 shot dead in a robbery at his Syokimau home, in Machakos. Halake on the other hand shot dead by unknown assailants at his home in Moyale in 2014 and Dr. Guracho died in the 2006 Marsabit plane crash.

Wako who appeared before Chief Magistrate Wendy Michenj denied the charge and was released on a cash bail of shs 100,000.

Two people have been listed as witnesses in the case.