She said the MCAs were using her name in bad faith. 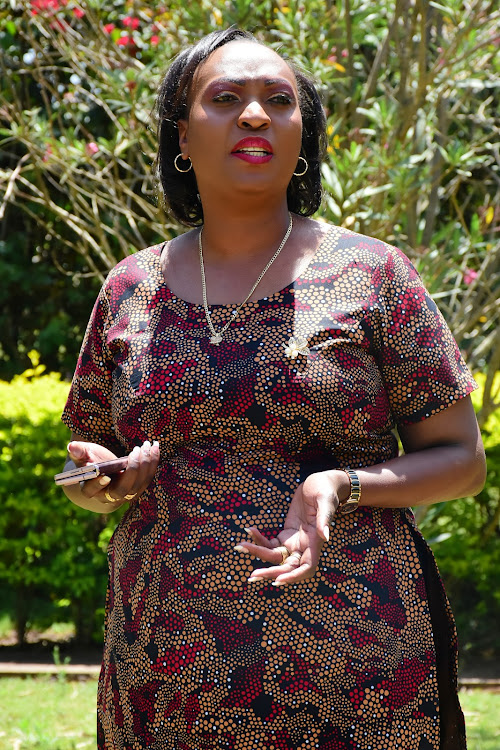 Nairobi Governor Ann Kananu has condemned some City Hall MCAs who accused her of being a drunkard.

She said the MCAs were using her name in bad faith to remain relevant during the campaigning season.

Waithaka MCA Anthony Kiragu and his counterpart from Utalii Wilson alleged that Kananu was always seen in bars and nightclubs but not in the office to help the people of Nairobi.

“She is an absentee governor. Kananu is never in the office. She is accused of being a drunkard and that she is always drinking in nightclubs,” Kiragu said.

Speaking to the Star, Kananu defended herself, saying that apart from being the Governor, she was a businesswoman and had invested in several nightclubs.

“I own several businesses, including nightclubs in Nairobi and other counties. And as a director of various nightclubs, I have a right to visit my business premises and know how they are being managed. Does that make me a drunkard?" she posed.

The Governor further explained that she has owned the nightclubs for four years now and it has never interfered with her work at City Hall.

Kananu added that she is in control and fully committed to serving Nairobians at the county level.

“As a Governor, you work beyond the required time and some of my meetings I hold them in my business premises. This does not mean I’m a drunkard… I chair my weekly cabinet meetings and attend events and meetings where I’m needed.”

The Governor called on the MCAs to focus on service delivery and divert from cheap propaganda.

"We work until 5 pm at City Hall. Let us focus on the people of Nairobi,” Kananu added.

Some Nairobi MCAs also came out to defend the governor over allegations made by their colleagues.

Led by Imara Daima MCA Kennedy Obuya, the MCAs drawn from both the Jubilee and ODM parties condemned the attacks, stating that the Governor should not be arm-twisted or blackmailed for personal reasons.

He rubbished his colleagues' remarks, saying MCAs' responsibilities do not include checking on how, when and where members of the Executive socialise.

Karen MCA David Mberia said MCAs should use the right channels and committees such as the Powers and Privileges Committee to voice their concerns.

A woman has sought police protection claiming her life is in danger in an ongoing feud between ex-Nairobi governor Mike Sonko and a number of state ...
Entertainment
7 months ago