• Wajackoyah plans to smoke bhang publicly the day he is elected the 5th President of Kenya so as to purify State House. 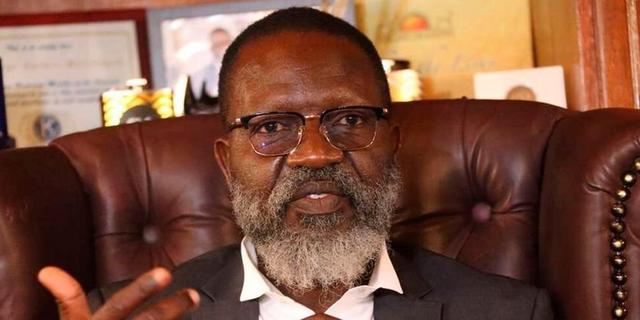 According to the law professor and leader of the Roots Party, Marijuana should be legalized and be made a trade commodity for Kenya.

To prove his commitment to the course, Wajackoyah plans to smoke bhang publicly the day he is elected the 5th President of Kenya.

"There are a lot of good things that come out of this plant. I have never smoked but I intend to smoke that day when I am elected as President. As soon as I am sworn in I will smoke the first joint," he said in an interview on KTN.

Other than State House Wajackoyah also plans to purify other legislative institutions.

"I will invite everyone in State House to come and smoke so that we can purify State House, KICC, then go to parliament to purify it from these dangerous criminals who have been looting this country."

Wajackoyah said his aim is not to advocate for a smoking nation but to create more awareness on the importance of bhang.

"That will be the purification side of it. Not a smoking nation. We are going to celebrate because we are going to make money out of it," he said.

He expressed disappointment on how Kenyans have been prosecuted for smoking or planting bhang.

"How many people have been jailed for smoking a joint? How many families have been destroyed? For something that is God-given and could actually bring this country out of China."

Celebrities and politicians who used to do drugs

"There’s a time I was anorexic because of drug abuse. People were counting days to when I will collapse and die." -Huddah Monroe
Lifestyle
8 months ago