I will not raise that child-Samidoh hints 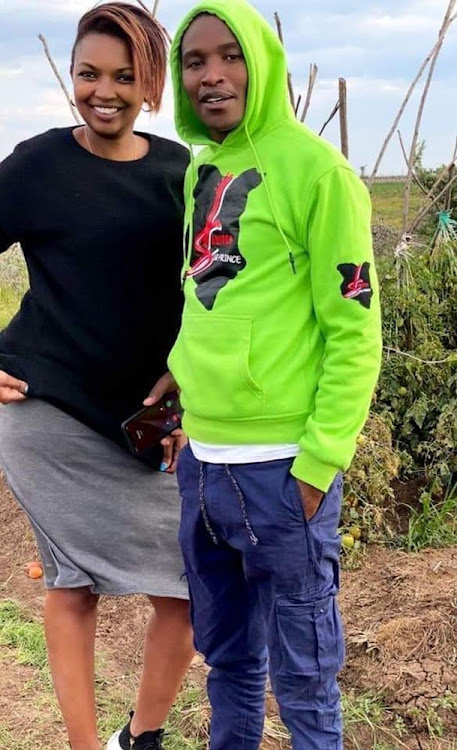 Karen Nyamu with Samidoh in the past
Image: Courtesy

That Samidoh and his baby mama, Karen Nyamu aren't at the best of places in their relationship will not come as a shock to many.

The two seemed to have escalated their beef this week after Karen received flowers from a mystery Luo man.

She then went on to embellish the great news on her social media pages, praising Luo men for being romantic.

That wasn't all, Nyamu put turned the knife in her mockery of her baby daddy (let's not forget that she is currently pregnant with their second baby together) with a video she posted on her Tik Tok.

Karen's baby shower was held at The Node hotel, Westlands
Exclusives
7 months ago
A post shared by Karen Nyamu (@karenzo.nyamu)

In the video, Karen can be seen speaking along to a popular audio of a man talking about toxic relationships and exes.

"I have never understood; You break-up with a woman and then go tell people how bad she was saying 'We never helped each other, she never loved me and mistreated me. But after a short while, when you see her beautiful, and glowing. Then she becomes rich, but for you life becomes bad and people start noticing that you were the problem. Woi, the God of men, remember those men who have been dumped woi."

Kenyans speculated that Karen was taking shots at Samidoh (which would make the most sense). But those who thought that the singer would take the higher road after Karen's remarks, would be wrong.

The police officer sang along to the song, 'Ndikurera Shifta' by the late Sam Kinuthia. The song is about a man who was left for another man by the woman he loved before, but wasn't into her anymore when she came looking for him.

The song also says that the woman got a child for the Somali man, whom she named after the man's mom.

"I have been quiet despite what you said..when my heart healed you thought we could get back together. After three months I left, you unfenced our land and allowed an animal to enter, now you are gritting your teeth saying you regret. Are you not ashamed that you gave birth to a Somali child then you named her after my mother, when I asked you you said she takes after your mother me, Kinuthia will not raise Shifta," he sang.

Some have concluded that Samidoh might be subliminally saying that a child Karen claims to be his, isn't.

But who knows, it just might be the pettiness we have gotten accustomed to from the two.