The veteran politician opened up about her later husband 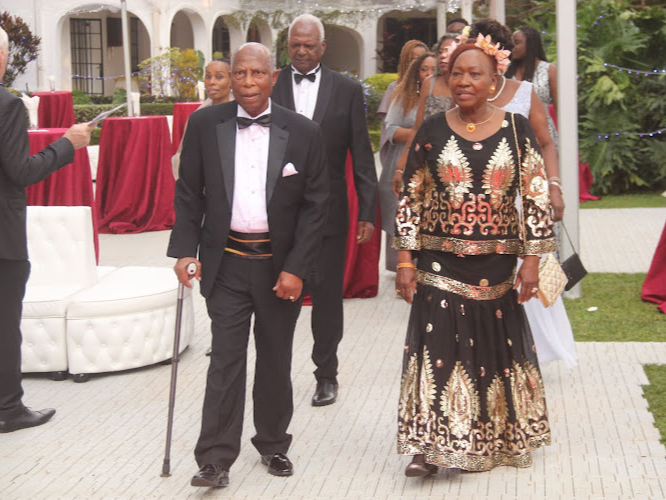 Beth Mugo gave out a moving tribute to her late husband Nicholas Mugo and eulogised him by saying that he was the one who had encouraged her to take up the leadership mantle.

Beth said that Nick's reason for pushing her was that she had spent over 10 years of her life playing second fiddle to him, supporting him, and moving around the world with him on his ambassadorial postings and so he wanted to return the favour.

She admitted that her husband was the power behind her success and the reason she's remained in the public limelight this long.

“...it is you Nick who encouraged me to join politics and other leadership positions. When women leaders of the Kenya Business and Professional Women Club visited our home requesting for my leadership, I said ‘no’ because we had just come back to the country from foreign service. I thought it was time to resettle back in the country after along absence in foreign service,” the nominated senator said in eulogy tribute read out on Friday during a service to celebrate her husband (deceased).

The late Nick had himself bragged that Beth's success was his success,

"...Beth's success is my success. She supported me all along when I was an ambassador. Why wouldn't I support her myself..." Nick would tell the media when asked why he was 'overshadowed' by his wife.

The former ambassador died on February 3, succumbing to complications from cancer of the bone.

According to the family, he was first diagnosed with the disease in 2021 and was treated in the country and in Germany but the complications became worse with time.