Earthquake! Why Moi, Kalonzo, Wanjigi stormed out of Mudavadi's event 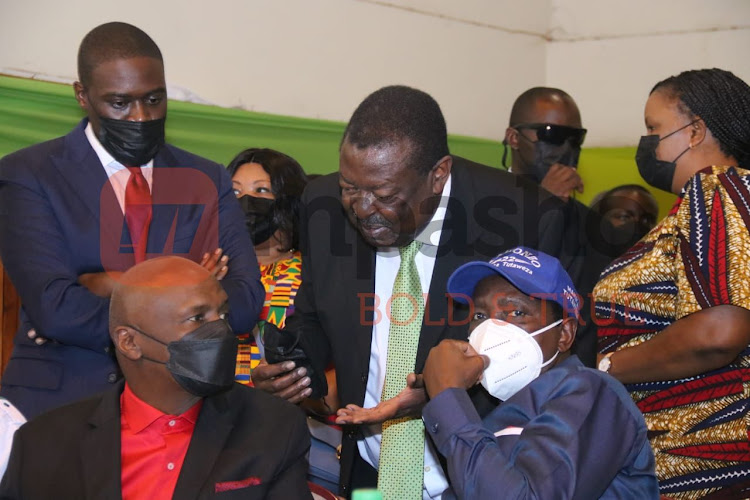 Mudavadi with Sakaja, Moi and Kalonzo at the Bomas Of Kenya meeting

OKA Principals have stormed out of Bomas of Kenya under unclear circumstances.

They are said to have changed their minds at the last minute following reports that the DP William Ruto would be there.

Wiper party leader Kalonzo Musyoka who was in the auditorium also stormed out in unclear circumstances.

Last week, a war of words rocked the One Kenya Alliance as allies of Kalonzo and Mudavadi tore into each other.

The war of words dramatically diminished the possibility of a joint presidential Oka flagbearer as a rancorous split looms.

Mudavadi's troops accused Kalonzo of insincerity and rigidity in his presidential bid, saying the Wiper boss is not ready to listen to the opinions of others in the tattered alliance.

Kalonzo’s men hit back, accusing Mudavadi of always having one leg out the door and challenging him to be clear on his commitment to the alliance.

Anne Waiguru shades Wangui Ngirici, "You chased yourself away  with your own insults..."
Politics
3 months ago

'I had no agenda with her,' Juliani reveals Lilian Ng'ang'a made the first move

Lilian Ng'ang'a asked for Juliani's number and texted him on his birthday.
Politics
3 months ago