Fame will eat you up! Daddy Owen on Diana B's claims against Willy Paul 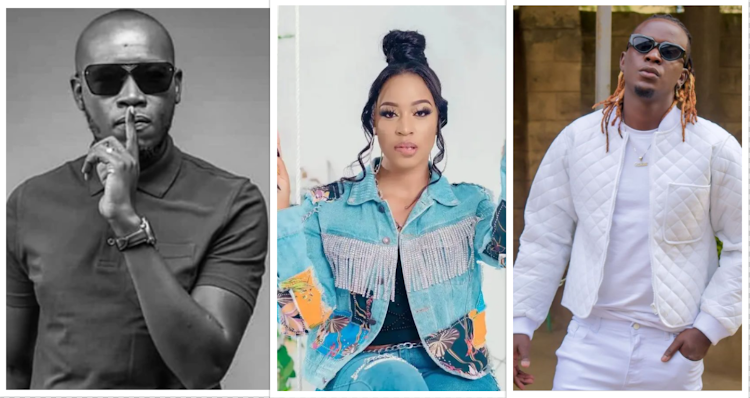 Gospel star Daddy Owen has given his take on the ongoing messy saga between Diana Bahati and Willy Paul.

Diana accused Pozee of attempted rape and he responded by saying they had a situation-ship and he would never sexually assault any woman.

Daddy Owen gave his take on this drama saying, "We have reached a point where we are playing around with big words, words that for me, I feel like, we need to know the repercussions and the depth of the words."

Adding, "There are things that can kill someone's career and they are words that we can't play around with and the cases that people are talking about are serious cases."

The Vanity hitmaker noted, "It gets to a point where you cannot tell what is real and what isn't. One thing I know is that Willy Paul is very talented, and so is Bahati and Diana and she is very hardworking. "

He continued, "I feel like they are playing around with big words, if you look back to Bill Cosby and R Kelly, such issues killed their career so let us be very careful.

I know all these guys and they are all nice people, I feel very sad that you are fighting and talking about such things towards each other, I feel like it is painful to watch."

Daddy Owen advised, "We live in a generation whereby we fight so much to become relevant and they feel a monster and this monster is called fame, clout when you start feeding it each day its appetite grows.

The worst thing about this monster is that it doesn't care about you. One day he will eat you alive. guys need to be careful. It is okay for people to talk about you but kindly let it be moderate and with the value behind it."

He explained, "I believe they are very young talented people with a great future ahead of them, so at the end of the day, they need to understand that in the future if there is any reconciliation among them that should happen between then they should grab it."

Pozze calculated the damages over the sexual assault claims to be worth millions.
Entertainment
1 month ago