• Moses Kuria revealed that he will be among the pioneers to undergo the stem cell surgery in the world. 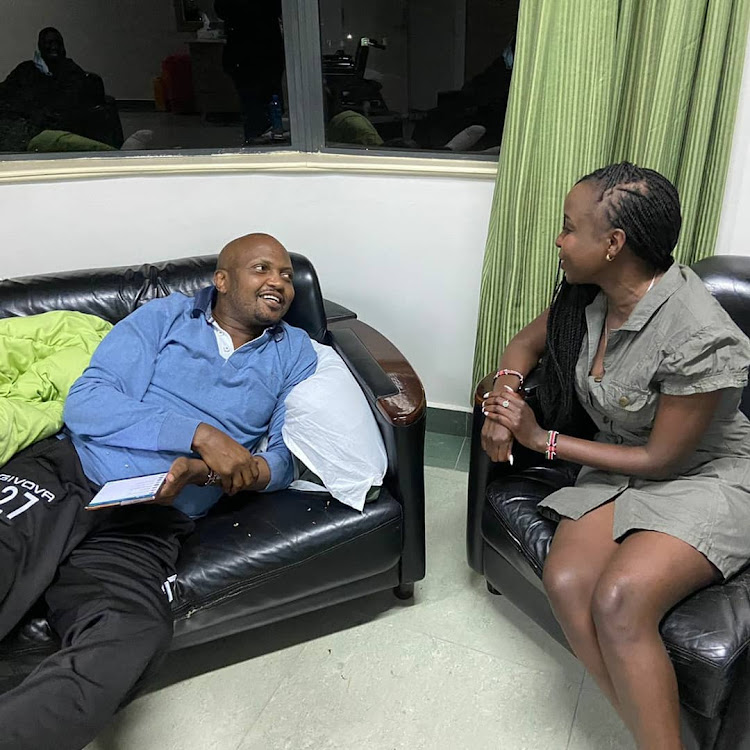 This comes after the MP's feet exploded after standing on an electric mat for four hours, sustaining third-degree burns.

Speaking to Capital FM on Tuesday, Kuria revealed that he will be among the pioneers to undergo the stem cell surgery in the world.

“I am scheduled for stem cell surgery this week. This is a rare surgery and I will be among the pioneers to undergo it in the world,” he said.

Kuria had acquired the electric mat and blanket through a Murang'a  MCA friend as a solution to what he said was numbness in his feet.

In October, it emerged that the company behind Kuria’s electric mat was banned in Texas over cancer cure claims.

The company-Ceragem Limited is also operating in the country as a healthcare provider without Pharmacy and Poisons Board approval as required by the law.

He also demanded to know why the company which was banned in Texas for making claims that it can cure cancer is being allowed to operate freely in the country.

“Their products were banned in Texas for fraudulently making claims of curing cancer,” the Gatundu South MP said from his hospital bed.

“The company must take responsibility, I have contacted DCI and the criminal process is taking place.”

The company which has been in operations for 14 years in the country has shops in Nairobi, Thika, Mombasa, Eldoret, Murang’a, Eastleigh and Garissa.