• Millie said cases of baby mamas being extortionists will end up affecting women who genuinely need support from their baby daddies. 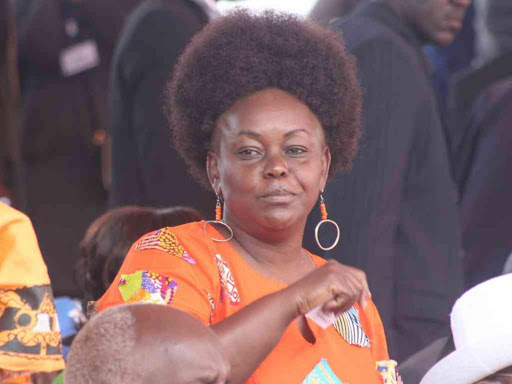 Suba North MP Millie Odhiambo has dismissed women who are after extorting men in the name of child support.

The MP says there has been a rise in cases where baby mamas are taking men to court, especially influential men, in order to stain their names.

The vocal MP said she has dealt with many child support cases facing influential people, and focused on putting the children's rights first.

However, she does not support baby mamas whose intentions are to extort men.

"I still support the provision for all children by both parents whether the child is born within or outside lawful wedlock. I am nonetheless shocked at the growing trend to use child support cases to shame one spouse ( often the man) and to 'extort' money.

When you seek 300,000 per month from a man who has a wife and other children, are you implying your child comes fitted with a gadget to solve the world's problems?" Millie Odhiambo paused.

She argued that such cases of baby mamas being extortionists will end up affecting women who genuinely need support from their baby daddies.

"Let us not spoil for women who genuinely need support for a child born out of wedlock. Let us ask for reasonable money to support our children that takes into account the fact that there is a wife or wives and there are other children.

Let us not appear as gold-diggers seeking to use such cases for unjust enrichment but to promote the best interests of all children within and outside marriage," Millie said.