Dine with Raila Odinga for 1 Million only!

• The event dubbed 'Baba's One Million dinner' will be held at the Villa Rosa Kempinski hotel. 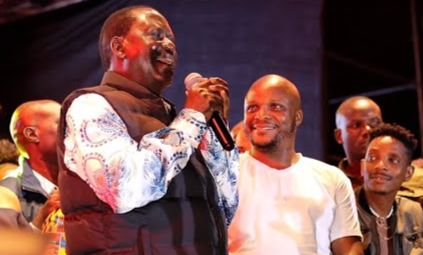 The event dubbed 'Baba's One Million dinner' will be held at the Kempinsky hotel in Nairobi on Tuesday, December 7.

This means that supporters and friends of Raila Odinga will have to part with KSh 1 Million to attend the elegant event, and maybe dine with the king himself; Raila Odinga.

Such events are popular around high campaign seasons, where they are held for the purpose of fundraising campaign money.

In 2007, retired President Mwai Kibaki fundraised for his re-election at a Ksh1 million ($10,000) per plate dinner.

President Uhuru Kenyatta's Jubilee Party held a similar dinner in 2017 as a strategy to campaign for his re-election.

Here, the highest rank was the Platinum, with people who contributed Sh10 million and above and sat closest to the President. The next level was the Gold category which comprised those offering at least Sh5 million.

The Silver group parted with Sh2.5 million, followed by the Bronze category who offered Sh1 million and the Garnet category who contributed Sh500,000.

Lately, the president of comedy Africa Eric Omondi has been at loggerheads with artists, not only locally but internationally as well.
Entertainment
1 month ago