• He said it is shameful to see some men walking around with girls younger than their daughters. 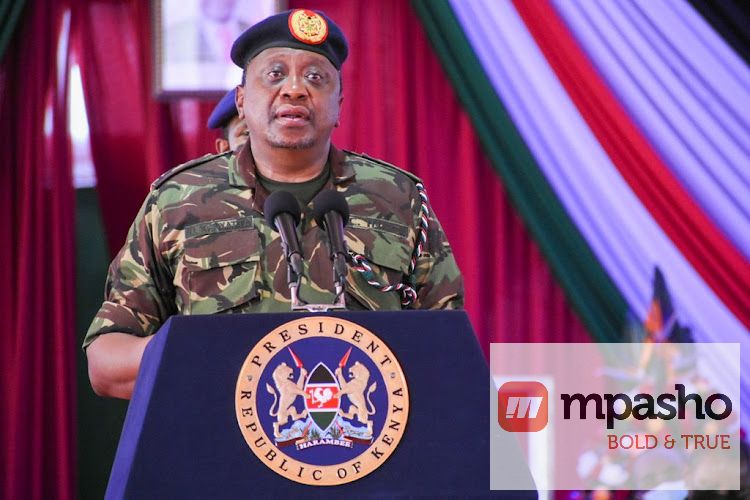 President Uhuru Kenyatta on Wednesday called out men who cause teenage pregnancies, saying it is disgusting.

Speaking in Nakuru during World AIDS Day, President Uhuru asked men to look for their agemates if they are tired of their wives.

(It is shameful when we, like older men and leaders, see our children suffering because of such behaviour. We must tell each other the truth because children are not doing this to themselves, it is grownups doing it.)

He said it is shameful to see some men walking around with girls younger than their daughters.

"Kama umechoshwa na yule uko naye nyumbani... Enda utafute rika yako uwachane na watoto jameni! (If you're tired of the one you have at home, go look for someone your age)"

"Wewe kama mzee unatembea na mtoto mdogo hata kuliko msichana wako, alafu ujiite mwanaume, wewe ni mwanaume wa saa ngapi? (Some older men are going out with men who are even younger than their daughters; what kind of men are you.)"

Uhuru asked women to shame such men without feeling any regret.

The President said this matter needed unity among everyone in the society, not only leaders.

"Hata tukisema atakayeshikwa afungwe, hiyo haitasaidia. Ile itasaidia ni sisi tubadilishe tabia zetu (Even if we say whoever is found guilty will be jailed, that's not enough; it calls for behaviour change)," he said.

Girl, it's okay that your ex might be the 'one' for your best friend

If your ex ends up having an eye for your best friend and the feeling becomes mutual for the two, it's only fair to let them be.
Entertainment
1 month ago