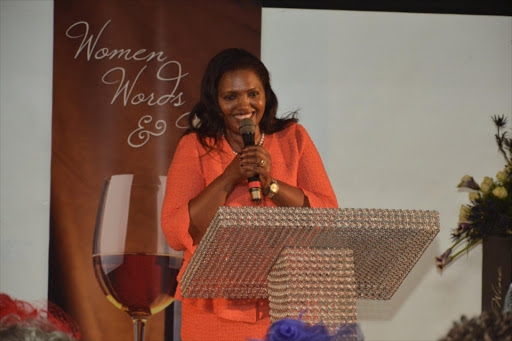 The decision by Keroche CEO Tabitha Karanja to vie for the senatorial seat in Nakuru has now received the backing of elders and traders in the county.

The leaders lauded the decision noting that the brewer’s past experience could help the traders and investors leap higher in their businesses.

Speaking over the weekend after hosting the over 300 elders, traders and the clergy, Ms Karanja noted that for years those working in the corporate world had shied from politics.

She said that she was ready to join politics so that she could advance the interests of manufacturers and investors in the Senate.

“For years we have kept away from politics but it’s time that our voices were heard and made sure that we have policies that cushion and support investors,” she said.

She said that Nakuru had high potential in terms of agriculture adding that farmers needed support and better policies to increase production and their profits.

“I will soon be launching my manifesto which includes improving agro-business and enacting policies that support traders and investors so that we can create more jobs,” she said.

She was however coy on the party that she would use to vie for the election noting that she was still consulting and engaging various political leaders.

A Kalenjin elder Joseph Ngetich said that they were impressed by the contribution of Karanja to the economy through her Naivasha based brewery.

“The efforts, investment and technology invested in this factory says a lot about the leadership of Ms Karanja and hence the decision to back her,” he said.

This was echoed by former Nakuru Mayor Benson Mwangi who said that the CEO had made Keroche one of the largest breweries in the country.

“The biggest challenge we have as a country is electing leaders of political parties instead of one’s capability to perform,” he said.

The chairman of Nakuru small-scale traders Simon Sangare noted that the sector had been forgotten and victimized for years by respective leaders.

“Ms Karanja has undergone suffering as she moulded Keroche to be what is it and am sure she will remember the small-scale traders once elected into office,” he said.

My next bae will be from Kenya - Anerlisa Muigai

Keroche heiress Anerlisa Muigai has in an explosive interview revealed that her eyes and heart now belong to Kenyan men.
Entertainment
1 month ago