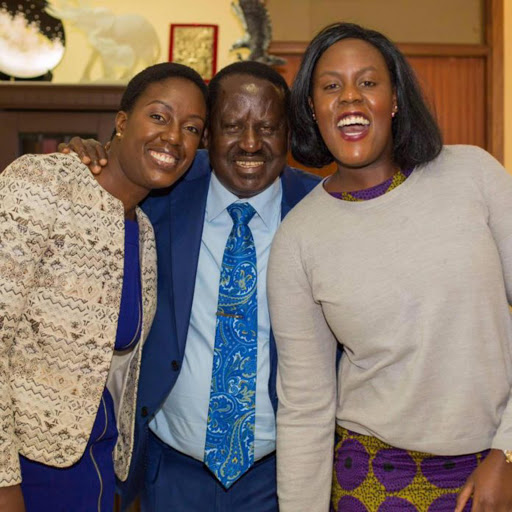 Prime minister Raila Odinga has explained why he and his wife, Ida Odinga, chose the names they did for their two daughters Rosemary and Winnie Odinga.

Raila added, "Her mother is called Rose and mine is called Mary we decided to compromise and that is how she became Rosemary. Ida calls her mama and I also do."

He continued, "Winnie was born after my mother died, she also became my mother she was named after Winnie Mandela, she was fighting very hard for the release of her husband (Nelson Mandela) from prison. But we also had German friends, the wife was called Imgard.

She is Winnie Imgard. We have also given her many other names, we call her Winnie Kazi (work) because she likes to work."

The couple has a total of four children. Two girls and two boys; the late Fidel Odinga and only remaining son, Raila Junior.

The dramatic arrest and eventual transfer of the three escapees from the Kamiti Maximum Prison took place in Kitui.
Exclusives
7 months ago