In her interview with the Saturday Nation yesterday, Lillian Ng'ang'a, disclosed a lot about herself and her relationship to Machakos governor, Alfred Mutua.

One of the things that she touched on that many might not have really focused on was her lamenting the loss of people who had served her and the governor.

She had been asked by the paper whether she felt she was a better person after the separation? Lillian responded in the affirmative and said that her reawakening had started in 2017 after the death of her bodyguard and a woman who was with him.

She bemoaned that the death of the two hadn't even been mourned by the governor and that had really bothered her.

That wasn't all, her personal driver would also pass on and his death was treated with the same indifference that she had already seen before.

She said that the two incidents really hit her hard and made her rethink her value to the governor. Would the governor move on so quickly were she to die?

She said from that time she decided to change the way she behaved and as a result, breaking up with the governor was part of it. Check out the screenshot below; 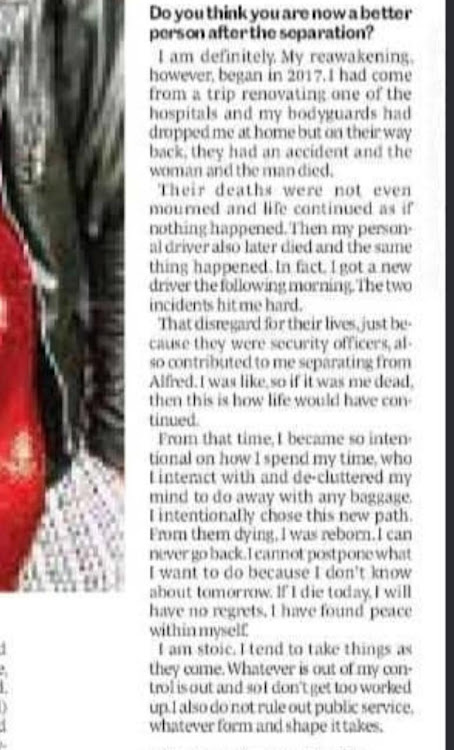 We at Mpasho did some digging and found the tributes that Lillian wrote remembering her personal driver. Those messages are below: