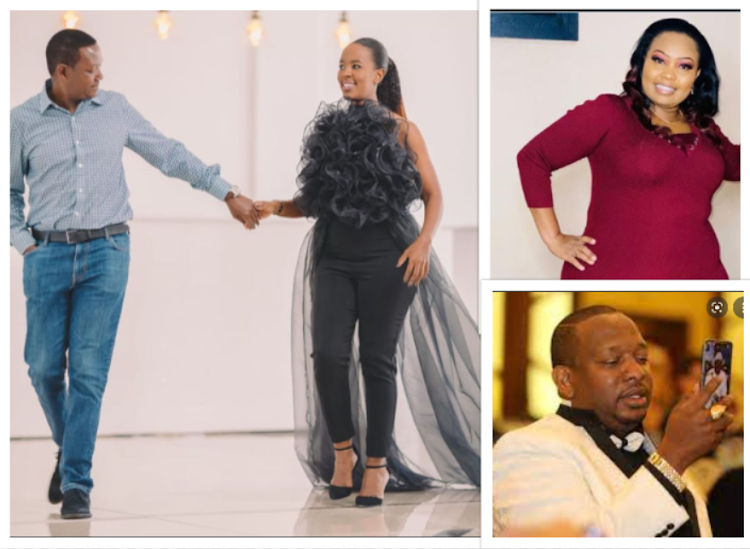 Nominated Senator Millicent Omanga has offered her full support to Lillian who claimed that the governor said he would "crush her to ashes" for dumping him.

Omanga took to her Facebook account and wrote, "I stand with Lilian Nganga and I’m enthused by his boldness and courage to firmly confront the challenges she is facing."

She added, "We must end and ruthlessly deal with all forms of Gender-based violence. Ukiachwa, achika!”

In a press conference held on Thursday 4, November 2021, Lilian did not hold back. Speaking at lawyer Philip Murgor's office, Lilian accused the governor of threatening her life and those of her loved ones for leaving him.

Read all that below.

In a press conference with her lawyer Philip Murgor, Lilian said she started receiving threats from the governor after his birthday party at Ole ...
Exclusives
10 months ago

"Alfred and I have not spoken since August this year. We were longtime partners but definitely not married to him. We were not legally married but ...
Exclusives
10 months ago

In her statement, Lilian also advised the governor to "get a life and move on". A sentiment that former Nairobi governor Mike Sonko shares.

Sonko shared the exclusive video by Mpasho and advised the governor to let go of his past love.

Sonko advised, “This season looks like it’s a breakup one. Lakini love can at times be painful from what happened to Agnes Tirop, now Lilian and Kavaluku."

Alfred Mutua is yet to commnet on the damnig statement that has been the talk of town.

(Video) 'Get a life and move on,' Lilian Ng'ang'a to Alfred Mutua

"Mr. Mutua is overreacting to our separation. Whilst I indicated that I wanted to move on with my life, he thought otherwise."
Politics
10 months ago

"Alfred and I have not spoken since August this year. We were longtime partners but definitely not married to him. We were not legally married but ...
Exclusives
10 months ago