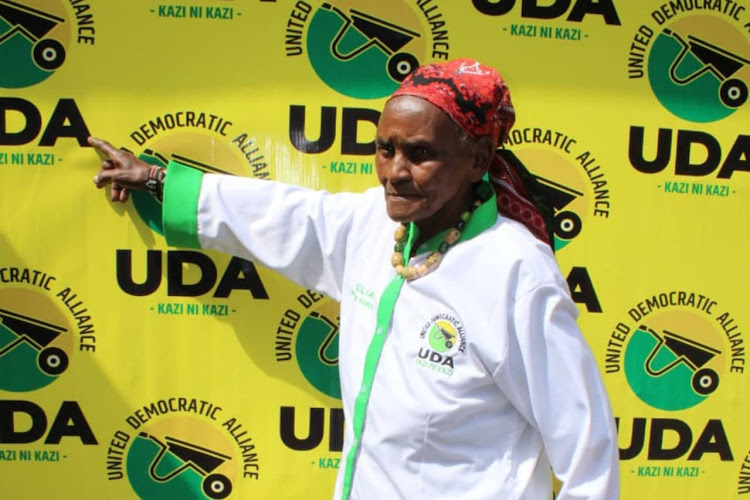 Cecilia Mwangi, the owner of Shosh Sounds System has declared that she will vie for the Nairobi Woman Representative seat.

"Cecilia Mwangi (Shosh) 80 the proprietor of Shosh Sound Systems, who made ripples in the international media welcomed to UDA by Secretary General Veronica Maina. She will contest for Nairobi Women Representative Seat," the party announced.

She does the work with her grandchildren, and also runs four systems shops and service centres in Nairobi’s Eastland area.

In a previous interview, Shosh said that she learnt the art of fixing sound systems when she was operating a matatu plying the Eastlands area.

Other than sound systems, Shosh also has skills in fixing other mechanical hitches in cars.

“When the matatu broke down, I would go to the garage and keenly watch the mechanics fix the problem and within no time I was making the repairs; removing and replacing engines, fixing the cylinder heads, replacing pistons and sumps, and other many other things,” she said.

Akothee said she didn't have to go to DNA for her 3 kids and only got peace when she stopped chasing her baby daddys.
Entertainment
3 weeks ago