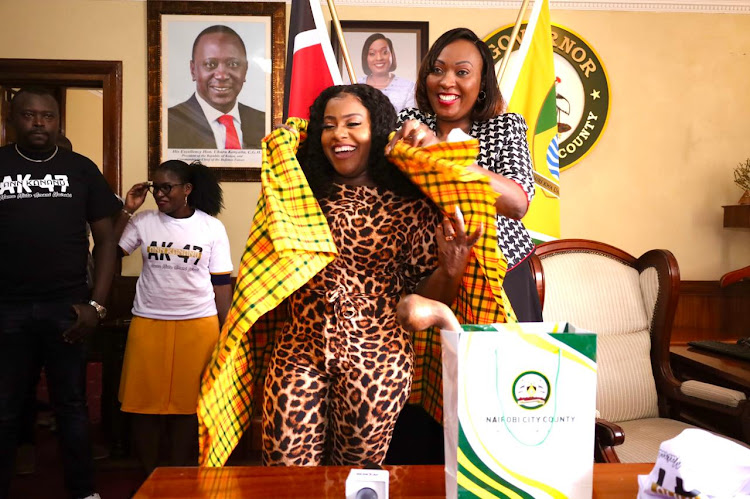 Nairobi  Governor Ann Kananu has asked the county employees to do more to market the City as the festive season nears.

Etana will be the major attraction at the much anticipated Pamoja Festival at the Ngong Racecourse on October 30.

The concert is sponsored by The Kulture.

Kananu said since the county has been hitting headlines for its beauty, it is time to take advantage of the fame to showcase other sides of the city.

“Our county has been hitting headlines for its beauty especially in investment and business. It’s high time we took it a notch higher and show what else we can offer as we near the festive season," she said.

Kananu said despite the Covid-19 pandemic, Nairobi, which is also known as the "Green City in the Sun", continues to be a magnet for international celebrities because of its friendly people, rich culture, national parks as well as being a major commercial, transport and communications hub of Africa.

“The concert will promote the youth's businesses. Local vendors will be able to market and sell their products during the duration of the event. I fully support youth empowerment and self sustenance," she said.

In June, Etana released her album that featured various artists from Africa among them Wyre, Naiboi and Michael Bundi, Nandy from Tanzania, Wrxi from Zambia and Ghana's Stonebwoy. Other artistes featured in the album are king Vybz Kartel and Yahsha.

The acting Governor also lauded President Uhuru Kenyatta for lifting the curfew and providing a platform for youth businesses to thrive. 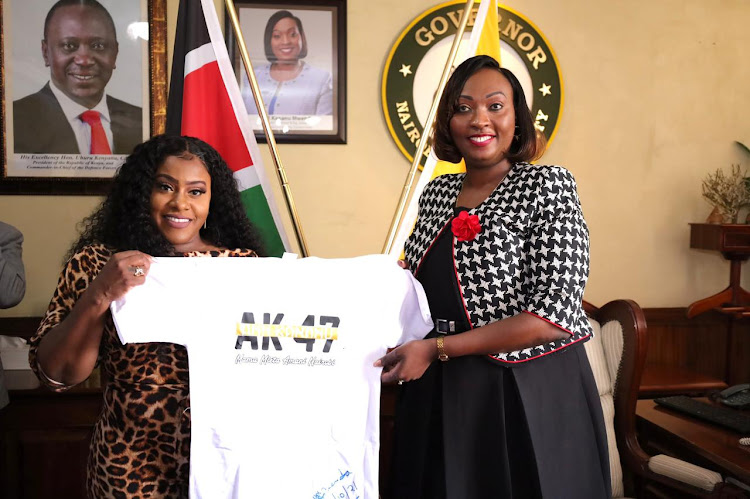 Etana has promised that she will be performing singles from her new album for the first time ever, in Nairobi.
Entertainment
1 month ago

She called upon Nairobi residents to ensure that they are vaccinated against Covid-19 and turn out in large numbers in the ongoing voters registration.

During her tour at City Hall, Etana lauded Kananu's leadership saying she is the epitome of the strength of a woman.

“The city is clean. Actually when I landed, the very nicely lit city kept me wondering. I might prolong my stay in Nairobi to enjoy its beauty. Keep up the good work madam Governor,” Etana mused.

The "Walking Away" hitmaker's visit to the capital city will be the first major arrival and performance by an international celebrity in Kenya since March 2020 when the country was hit by the Covid- 19 pandemic.

Gathugu said she will do what it takes to ensure the tourism sector in Nairobi is revamped.

“We are working around the clock to ensure that this festive season will be one of its kind. We want to experience a bigger number of holiday-makers and international tourists than the previous years,” she said. 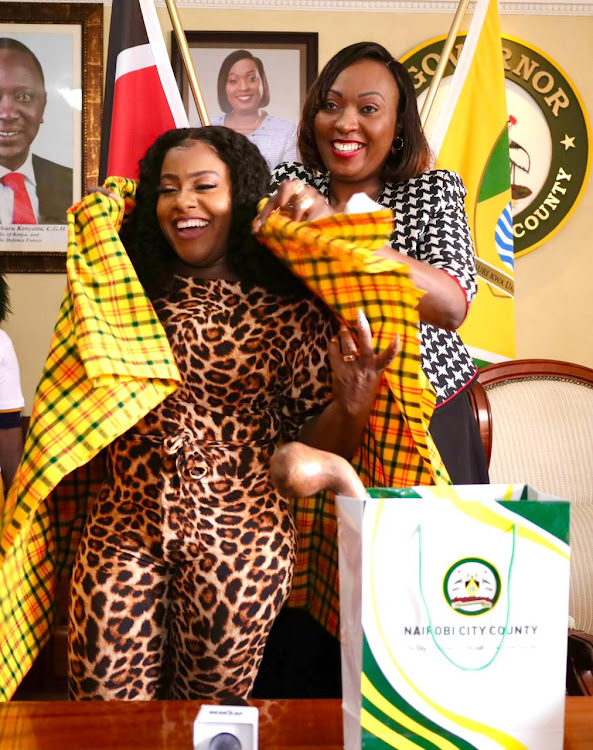 Etana has a taste of ugali and nyama choma

Etana said, "Today I had ugali and I love the way they cook the meat. I know I'm not supposed to eat red meat and I don't eat it a lot, but I like ...
Entertainment
1 month ago