•Many are assuming the sisters assaulted are Justice Agnes' kids but they aren't as she has three kids with Murgor namely Cherono, Kibet and Chemeli. 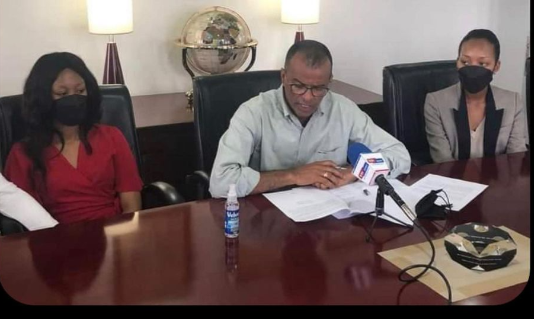 The women assaulted by twins Eddie and Paul Ndichu have been identified as Cheryl and Stephanie Murgor;  nieces to Court of Appeal judge Agnes Murgor and her husband Philip Murgor.

They will be represented by Philip Murgor as they pursue justice for the injustice meted on them.

According to Murgor, the assault was reported at Akila Police station.

A medical report shows that Cheryl had a neck bite while Stephanie had soft tissue injuries on her neck.

Many are assuming the sisters assaulted are Justice Agnes' kids but they aren't as she has three kids with Murgor namely Cherono, Kibet and Chemeli.

We hope and pray they find justice.

"They threatened to shoot us during the incident!" Sisters in Ndichu twins drama claim

The two sisters who claim they were assaulted by twin brothers Edward Ndichu and Paul Ndichu have come out to narrate the drama that led to their ...
Crime
1 month ago

Read their full statement on what happened over the weekend during the assault. 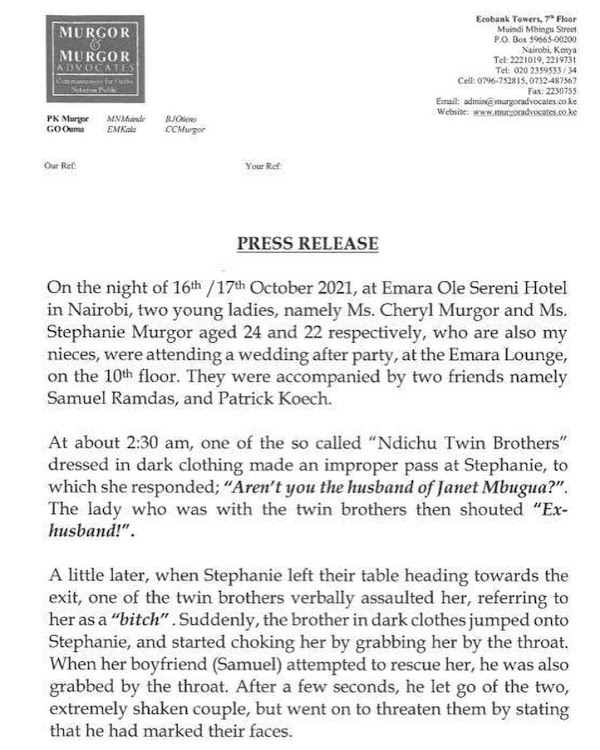 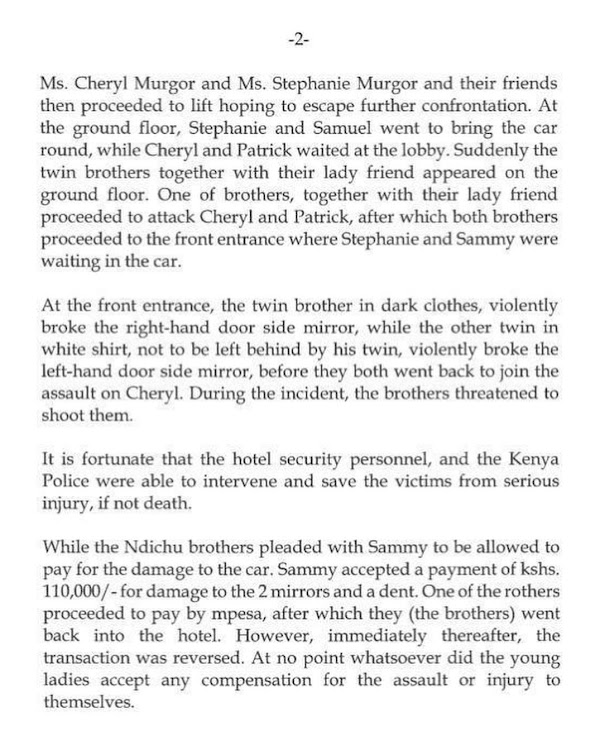