Atwoli explains why he wants to copyright 'Alaa' slogan

• Speaking to Jeff Koinange last night, Atwoli said there is nothing wrong with him having the rights but he is not involved in the decisions. 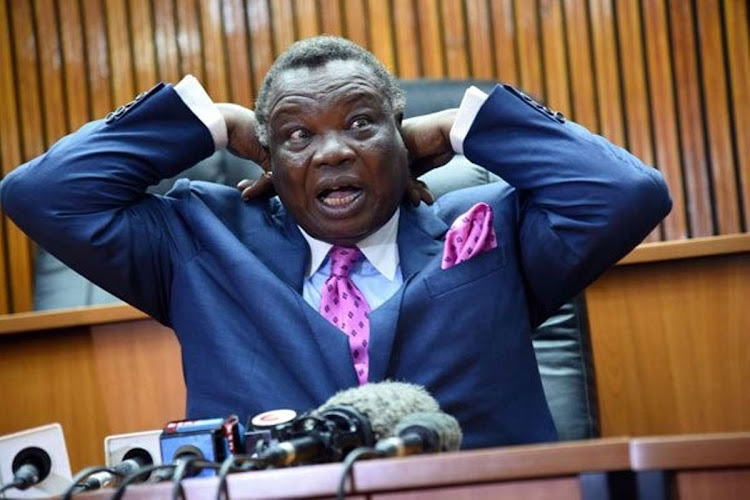 COTU Secretary General Francis Atwoli has addressed the legal use of a catchphrase associated to him.

Speaking to Jeff Koinange last night, Atwoli said there is nothing wrong with him having the rights to the phrases ‘alaa, alaaa and alaaa”  but he is not involved in the decisions.

During the interview, Jeff asked, "What happens with this phrase, do you want to copyright it?"

"No, I told you, it is my lawyers who said I should have a trademark for it. Everything has a trademark and lawyers from our offices thought it was unique to me and it was a unique thing that you (Jeff) prompted me to come up with," Atwoli explained.

"My lawyers were happy about it just like others. The other day I was in Mombasa at a nyama choma place and everyone was coming to me saying 'alaa' and wanted to have photos with me saying  Alaa! So it's a unique thing.

They were looking for protection of that and there is nothing wrong with that but I was not involved, I have a team of lawyers who works on different things," he said.

Jeff further asked, "So we can use that phrase?

"Yes, obviously you can. It was here when you Jeff was asking questions. That is how it is," Atwoli responded.

A few days ago, in an application letter to the Kenya Industrial Property Institute (KIPI), Atwoli intended to use the slogan on clothing, footwear and headgear.

He added that the slogan is publicly attributed to him and has no English translation.

"Alaa has no English translation. It is more of a slogan, chant or an exclamation specific and attributed publicly to myself," said Atwoli in his application.

The slogan originated from an interview where he was talking about Kenya’s upcoming general elections.