• While Kamotho Waiganjo stays in his Runda mansion, Anne Waiguru enjoys her own space at Kihingo village, Kitusuru. 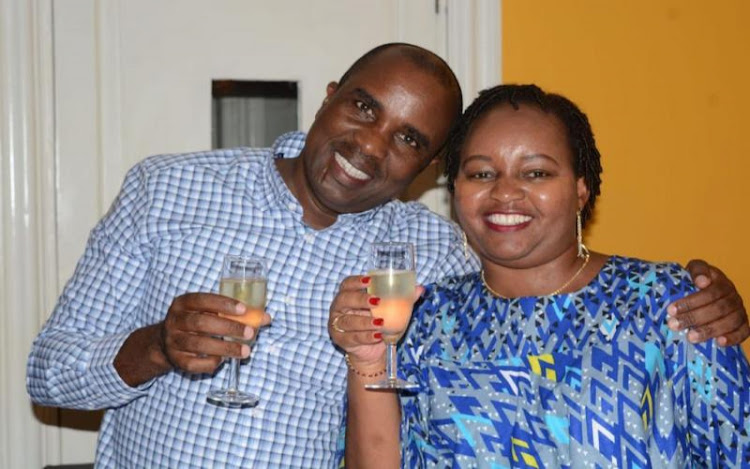 Kirinyaga Governor Anne Waiguru has not moved in with her husband Kamotho Waiganjo 2 years after their colorful traditional wedding.

While Kamotho stays in his Runda mansion, Anne Waiguru enjoys her own space at Kihingo village, Kitusuru.

Anne Waiguru told the Sunday Nation that both Kamotho and her love their own space and are attached to their items.

"The reason we run two homes is the logistics of combining. Every time we start it is too much work. Think about it, you choose the furniture, let's start with the living room; whose stays and whose goes? I am attached to silly things and he is attached to his stuff," Waiguru said.

The Kirinyaga Governor said that the Agikuyu traditions do not allow Kamotho to move into her Kitusuru home.

It would be an option for Waiguru to move to Kamotho's home in Runda, but she is safer in her Kitusuru home.

"If you think about my political life, this place is very secure. Even when he travels he feels safer when I am here than when I am in Runda," she said.

Even though many people came to learn of Waiguru and Kamotho's relationship in 2019, the governor said they had been dating for about 11 years.

Before formalizing their union in 2019, Waiguru says she did not use to hide their relationship from the public. We were just not keen to notice.

'It was a write-off,' Alice Kamande on her near-death accident

"The car was a write-off and God took care of me. I thank God I am alive I don't take it for granted. You know, ever day, every minute, every hour is ...
Exclusives
1 month ago