• "One man I will always honour and respect, opened for me doors in marketing when Wilbroda , Otoyo and myself advertised Molo milk Usiseme maziwa sema Ngombe!" - Jalang'o 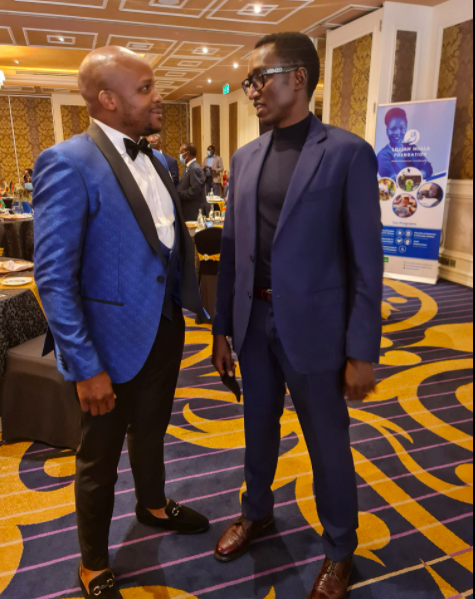 Comedian Jalang'o has stood ut as one of the most sought-after talents in Kenya's advertising industry.

In 2012, Buzeki who was the owner of Molo milk production company gave Jalang'o and his fellow Papa Shirandula casts an opportunity to advertise his product.

In his appreciation post, Jalang'o thanked Buzeki for opening doors for him to win more advertising tenders.

"One man I will always honour and respect, opened for me doors in marketing when Wilbroda , Otoyo and myself advertised Molo milk Usiseme maziwa sema Ngombe! Zedekiah Bundotich Kiprop Buzeki I appreciate you!

From that advert I have done more than 100 others! I wish you the best my brother and friend with your quest for UasinGishu !" Jalang'o wrote.

Here is a video of Jalang'o's first TV advertisement.

In his response, Buzeki told Jalang'o to return the favour by mentoring young potential talents.

"I am humbled that our small beginnings and your hardwork have translated to the Jalango that we know today. As a way of appreciating our small efforts, kindly mentor others.

Soon I will be inviting you to Uasin Gishu to identify and mentor other potential talents. In one way or another your efforts in UG will contribute in the identification of the future Jalangos of this Country.

My mind and efforts are now focused on transforming Uasin Gishu. Thank you Jalas."

'I was chased off stage like a Burukenge,' Khaligraph Jones recalls

Khaligraph thought about quitting music after being chased from stage.
Entertainment
1 month ago