• Mwanaisha was officially welcomed into UDA by William Ruto. 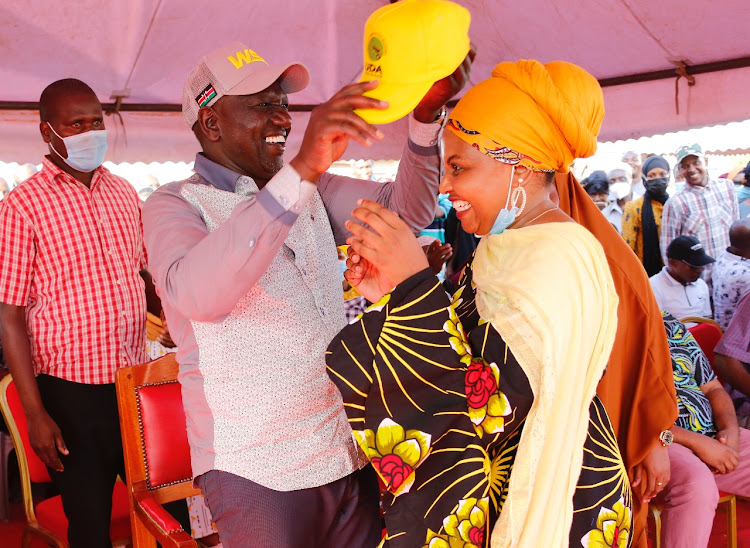 On Friday, Mwanaisha was officially welcomed into UDA by William Ruto.

During Ruto's visit to Matuga Constituency, he gave Mwanaisha a yellow hat to welcome her to the party.

Mwanaisha Chidzuga will be vying for the Matuga Parliamentary seat in 2022.

While announcing her bid last month, Mwanaisha said she wanted to take over the legacy of her late mum Zainab Chidzuga, who served as Kwale Woman Rep in 2013-2017.

Mwanaisha Chidzuga reveals the challenge of dating a handsome politician

"Presure! More so if he is handsome, he is really loved." - Mwanaisha Chidzuga
Politics
2 months ago