• Reuben Kigame said, "Thank God I will not use my eyes to admire a lot of wealth the way other politicians do when elected by admiring even wives of poor Kenyans like bodaboda riders." 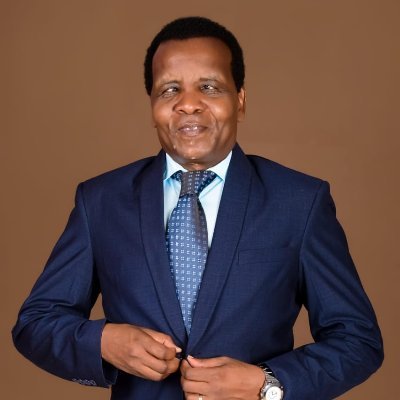 Kigame met with boda boda riders and other groups and said although he was living with blindness, it would not be an impediment to his ambition to be Kenya's fifth president.

Kigame said the country had leaders with good eyesight but they only used their vision to perpetrating grabbing and other forms of corruption.

“Thank God I will not use my eyes to admire a lot of wealth the way other politicians do when elected by admiring even wives of poor Kenyans like bodaboda riders. I will fight corruption, by all means, to ensure that poor Kenyans get value for the taxes they pay,” said Kigame as he used bodaboda to campaign in Kapsoya estate in Eldoret town.

During his meet the people tour he addressed bodaboda operators at Kenya Service, KCC, Kao la Amani, Sukunanga among other bodaboda stages in Eldoret.

He claimed that due to the lust of the eyes many politicians in the country are always tempted to engage in corruption as soon as they ascend to power.

He said that since he is blind he will not be tempted to participate in corruption deals like other politicians.

Exclusive: Reuben Kigame shares what he loves about being blind

Kigame said there are positive things about being a 'VIP', and he can only thank God for it.
Exclusives
5 months ago

Why musician Reuben Kigame does not want politicians at his funeral

Reuben Kigame left mouths wide open, with some fearing that he was predicting his own death.
Entertainment
5 months ago