Whispers from the grave: Mum predicted I would be a politician - Mwanaisha Chidzuga 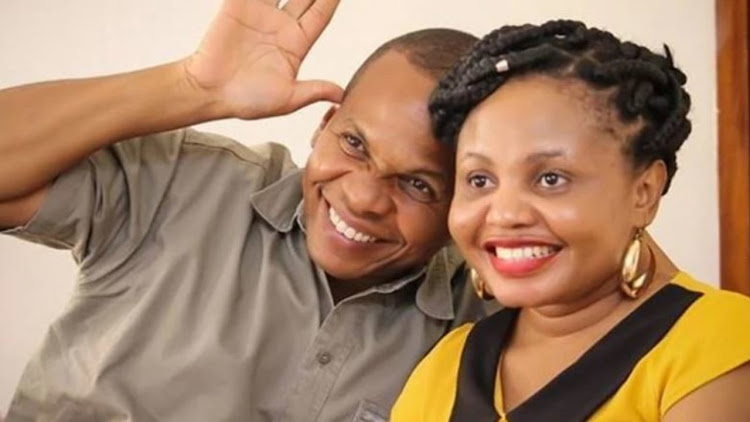 Ex-K24 TV host Mwanaisha Chidzuga has opened up on how supportive her husband Danson Mungatana has been of her political ambitions.

Mwanaisha had earlier announced she will be vying for the Member of Parliament seat for Matuga.

Speaking during an interview with Massawe Japanni, Chidzuga shared, "I am my mother's daughter.

My mum taught me to always pick up leadership positions, she was a prominent politician she had also mentored many politicians.

God is the one who chooses a leader, it's never about money.

I have been in politics even before I got married. I used to campaign for my mum. Even during my time as a TV presenter, I interacted with politicians."

A man suspected of killing his wife at their Stadium Flats house in Nakuru Town East sub county jumped from the fourth floor of the building on ...
Lifestyle
1 week ago

On how she plans to balance family and politics, Chidzuga shared, "We have brought them up very well, there is a system.

I was a newsperson before joining politics so everything is all about planning. Our kids are grown up and even the young ones understand.

Sometimes we carry them. An elephant can't fail to carry its tusks. I will be vying in Matuga.

I hope the residents will vote for me not because of my political affiliations but because of what I can do for them.

"You're my person and I am yours," Anita Nderu's hubby lovingly tells her

Anita Nderu surprised many Kenyans last month when she got married to her Jewish husband, Barret Raftery.The couple had a beautiful
Entertainment
1 week ago

Mwanaisha says her mother predicted one day when she would be a politician but she would laugh it off.

"She told me if a chance arises she had given me her blessings. My mum was the queen of politics while I was a journalist so we had agreed to let everyone focus on their stronghold.

She was like 'fanya habari, then uje kwa politics, I am sure wherever she is she is laughing. She used to tell me that one day I would be a politician but I would laugh it off, look at me now..

Do you think Mwanaisha will win this seat?