• Millicent Omanga's team gave the chips mwitu seller 5 umbrellas, and after a politically appealing photoshoot they took them away. 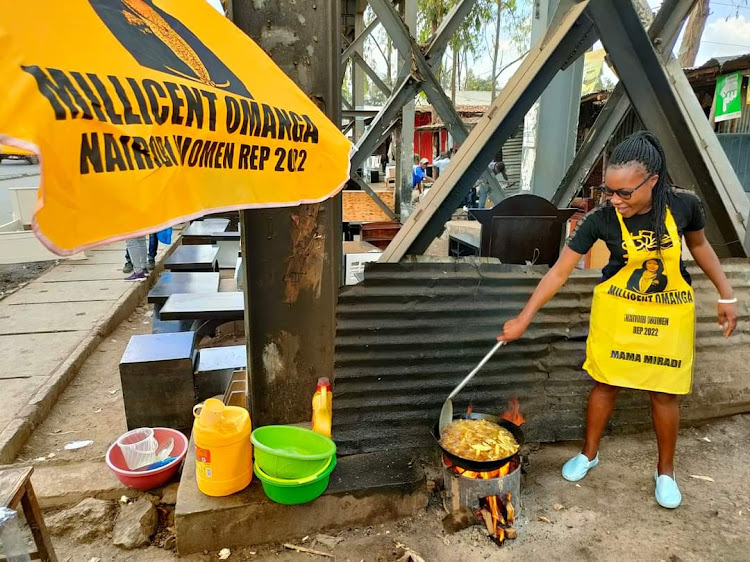 After weeks of urging netizens to visit her 'Kibanda' at the First footbridge from Donholm (Kware), Bevalyne's story became viral on social media.

Just like a normal politician, Nominated Senator Millicent Omanga rode on this bandwagon, promising the small business lady her support.

On October 4, Millicent Omanga announced that her team visited Bevalyne and gave her money and equipment to run the business.

Days later, it has emerged that the aspiring Nairobi Woman Representative lied about the goodies that she gave Bevalyne.

Bevalyne clarified that some goodies were given to her, and after a politically appealing photoshoot, Millicent Omanga's team fled away with their Umbrellas.

"For clarification, team @MillicentOmanga only bought waru za 350 came out of the vehicle with 5 umbrellas, took photos returned them and gave out one and two aprons.

Hiyo mambo ya cash haikua plus stock ni ya 350. Hizo waru gunia kubwa i had bought and started the day," she stated.

Mutua asked his fans and followers to only believe what they read on his official verified social media platforms.
Politics
1 week ago