• An MP raised concern on how Millie was dressed, saying he was unable to recognise her. 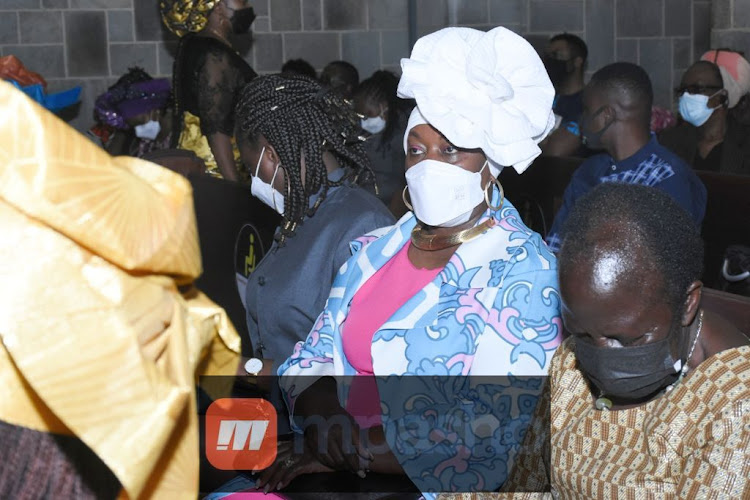 All eyes were on MP Millie Odhiambo on Tuesday after she arrived dressed like the late Orie Rogo Manduli.

During a parliamentary session, an MP raised concern in the manner in which Millie was dressed, saying he was unable to recognise her.

"Mr speaker there is a member who has walked in and sat where Hon Millie Odhiambo seats. I can't identify whether it is Millie we would want the member to identify themselves.

I actually thought the late Orie Rogo Manduli had walked into the house Mr speaker. We need the member to identify themselves unless we have a stranger in the house," said the MP.

This prompted speaker Justin Muturi to call on Millie to introduce herself for easy recognition by other members.

Millie Odhiambo removed her face mask for other MPs to see her, she explained why she was dressed like Manduli.

"We have just come from the funeral service of Orie Rogo Manduli and it was an elegant affair. We have sent her off in a style that befits her, it was colourful and loud. I am yours truly Millie Odhiambo aka Gezageza," she said.

Orie Rogo Manduli's requiem mass was held at the All Saints Cathedral on Tuesday, and female public personalities arrived dressed like the late fashionista.

Manduli's body was driven to All Saints in a red, flashy Range Rover Limousine.
Exclusives
2 weeks ago